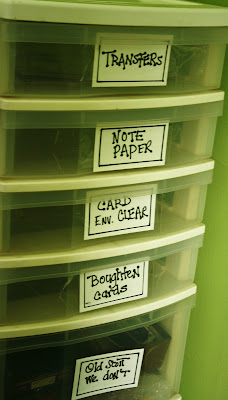 I do sometimes wonder about it. My constant need, desire, quest for Organization.  The last time that I was not actively in pursuit of that state, I was pre-pubescent - I had nothing to organize.

For the thirty seven years that I have been a homeowner it has been paramount in my thoughts, needs and desires. It has sucked a lot of hours out of my life. Too many.

That’s kind of pathetic. What has caused that never-ending, overwhelming need?  Why have I not actually felt that I have ever achieved it to my satisfaction in almost four decades. Well, actually I know why I feel like that – because I have NOT achieved it. In spite of spending a great deal of my life entrenched in that activity and accusations of being the ‘Container Queen’. I have lots of containers. Lots. And LOTS.  And I suspect will buy MORE. I also cannot throw away a shoe box or any other box with an actual lid, or even a big can … with a lid.  I like lids. I like containers.  I have lots of stuff to CONTAIN.  And labels - I like to LABEL the stuff that I contain. 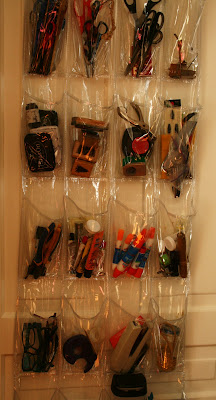 I had a discussion with Jae while we were walking on the treadmill at the gym the other day.  It was reminiscent of the times I had them in the car, as a captive audience – using the opportunity to do some teaching ... or more accurately, preaching. I couldn't escape.  I was sharing my plans and goals and current activity with her, which was … of course.  She was throwing back ‘Is that REALLY your PRIORITY for your time?’ 'How much of your life are you going to SPEND organizing?' Etc. Etc. Etc.  I kept ping-ponging back with ‘But…’ ‘But…’ ‘But ….’  'But I FEEL better when things are organized. But it zaps my energy when I'm in a messy space. But I cannot move ahead or allow myself to create another mess when I already have one.'  But, I suppose the real truth is, I am never going to FINISH with organizing.


Indeed, I know the message very well. I’ve heard it more than once before, from other sources than my own self. Years ago, my sister asked what I was working on and I said ‘First I have to get my studio tooled up and organized.’ Her reply was: “One of these days you are going to have to STOP organizing and actually get to WORK.” 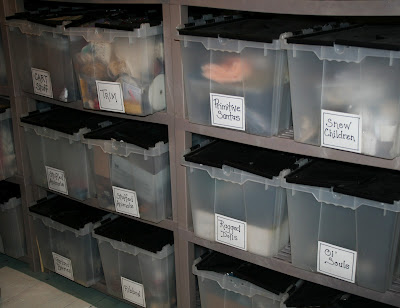 Is it my need to contain stuff or is it a procrastination tactic of avoidance? Perhaps I should see a therapist. I think they would tell me that I simply have Too Much Stuff.  To which I will justify with my ‘But’.  "BUT I am a Mixed Media Artist, which means that I must have much STUFF to MIX.  You can’t just mix two things, you must MIX LOTS."  ‘Get rid of other Stuff then’, to which I would reply:  "BUT I am a Keeper – I MUST KEEP stuff. That’s what us Keepers do. I have Stuff to Keep and I need Stuff to work with."That’s me.

At this point, therapy or not, it’s highly unlikely I am going to change who I am.
BUT I would like to be a little more organized.
Posted by EvScott at 11:38 AM

You are so organized you're making me look bad Ev! I would rather have things contained this way, than what I have going on right now. Some day, when I have time...do you know where I could buy some time? :-)

I see that you're organizing your space! I can't wait to see pictures when it's done. Sure feels good, doesn't it. And isn't amazing what treasures we come across that we've forgotten we had. It sparks some creativity. When I've got a 'shopping' urge, I only need to go as far as my Stash ;-D

When you find that therapist, Ev, ask him/her if he/she offers any '2 for the price of 1' sessions...I'm IN!! In fact, we know enough kindred spirits for a 'group' rate!!

lol ... oh yes indeed, Jennifer - we likely could get a group rate. Although the problem of being organizationally challenged/obsessed, would not appear to be an issue ... you could be the one doing the counselling!