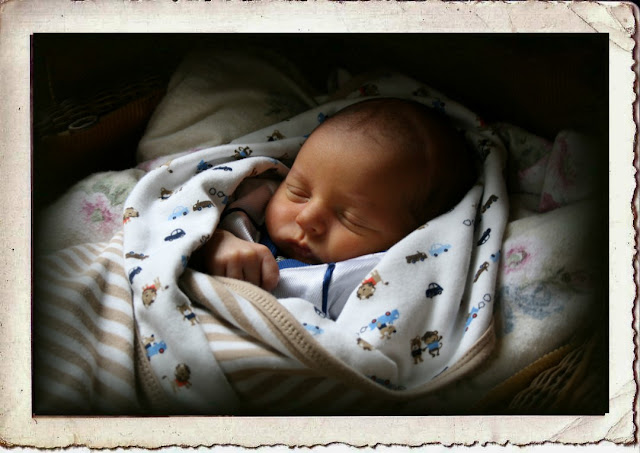 After our scare when our little Marteeny was trying to make an entrance at 28 weeks, I had been giving Jae strict instructions to ‘keep that baby where it belongs’ while I got through with my and trips.  It was all perfectly planned. I would arrive home on June 5th, have six days to help get things ready and be right outside the door for the Presentation of Grandbabe Four on June 11th. 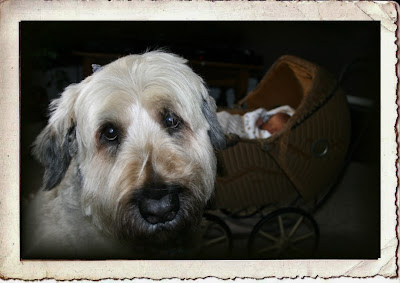 Problem is, Marteeny went ahead and made an agenda of his own without consultation with me.  Apparently he didn't agree with the strategy in place for his arrival. It was kind of like we were at the train station and he decided to take a plane. Obviously he is a self-starter which may serve him well in his life, but it did cause a flurry of activity and a bit of angst to those of us who expected him to be agreeable to the plan that had been carefully put together by all those concerned - except for the star player.
I hear that when Ash asked Jae what she was doing on Wednesday, and she said ‘Apparently I’m having a baby.’ Ashley said: “Mom is going to kill you.”, to which Jae replied “I know.” 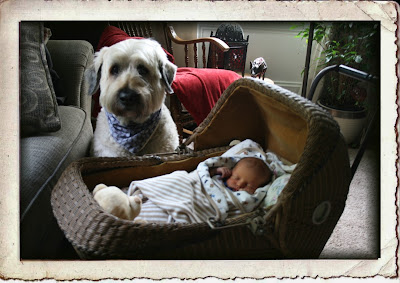 When Jae called me, it was much more emotional than that.  The biggest worry was that it was three weeks from the actual due date, they knew the baby was very small and they said scarey things that they have to say to prepare parents for possibilities in a premature birth.  Add the fact that I wasn’t there and I was supposed to be, and you can well imagine the tears on both ends of the phone. 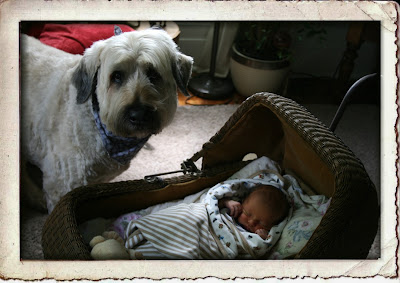 We cried together for awhile.  Me: because I knew that the suddenness of it and worries about the baby were hugely stressful and I was letting my own baby down by not being there when she needed me.  Her: likely to make me feel better in thinking that she was missing me.
After we allowed ourselves that emotional meltdown, we took a breath and changed energy.  We acknowledged that there was absolutely nothing that we could do about it at that point. And that it was actually a happy thing – that within a few hours, she would be holding a new little babe whom we have been so anxious to meet. Son or daughter ... we did not know who and the mystery and suspense was enough for us to put aside the timing and get to meeting this new wee soul. 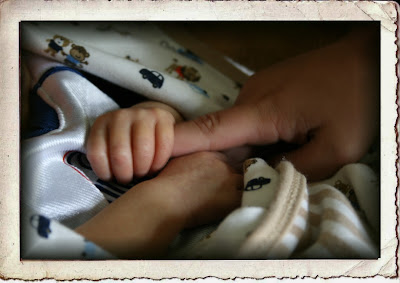 She had lots of help with the other girls close by and in fact she thanked me for giving her two sisters to be there for her.  She also had Brian’s role covered with her brother stepping in with the general male concern department.
Now I do realize that the majority of grandparents are not breathing down their children’s necks during this blessed event. I thought of that and the ones that are on the other side of the world and won’t get to see the baby for weeks or even months. That was little consolation. Considering the Mother Hen Syndrome that I have always suffered from, I think that I have generally done pretty darn good to release my children and hopefully not hover or suffocate them too much.  Albeit, it is a great comfort and relief that all four of them are within twenty minutes from our house. I can generally be to their sides at the drop of a hat if they did happen to need me. Being 2500 kms away was a different matter and not one that any of us were accustomed to. 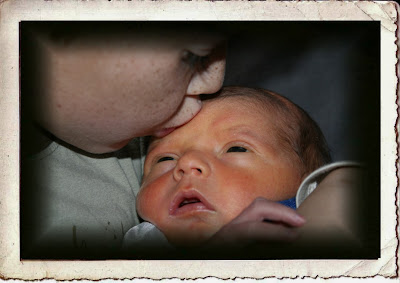 I tried to do the work I needed to get done, but it was futile. I just walked in circles and sent positive thoughts and energy. Having gone through it with them twice before, I was able to envision every step of their day.
It was Ashley who called us to say that ‘the baby has been born – it’s perfectly fine, Jaime is fine – all is well.’  Then she said ‘I better let Nick call and tell you what it is.’  ‘Not a chance!’ I spouted … ‘It’s hard enough to be way out here… TELL!’  So she did. 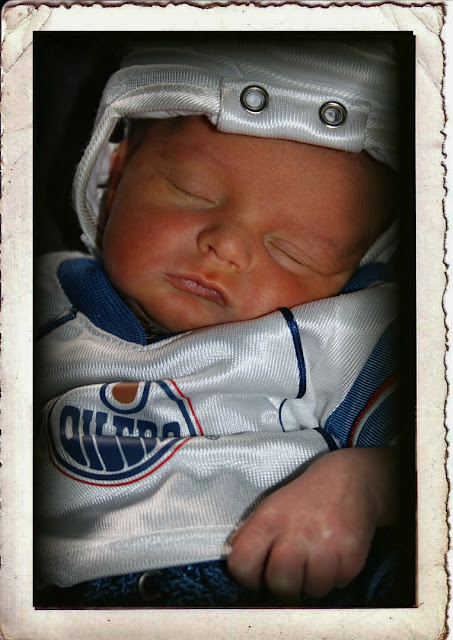 I phoned Nick’s cell & he handed me over to Jae who told me that they were finger-printing his feet, so he hadn’t been out for very long.  Again we had a cry together, this time out of sheer happiness and relief.  She told me his name and I instantly felt a bond to that sweet wee soul, even though he was a half a world away. 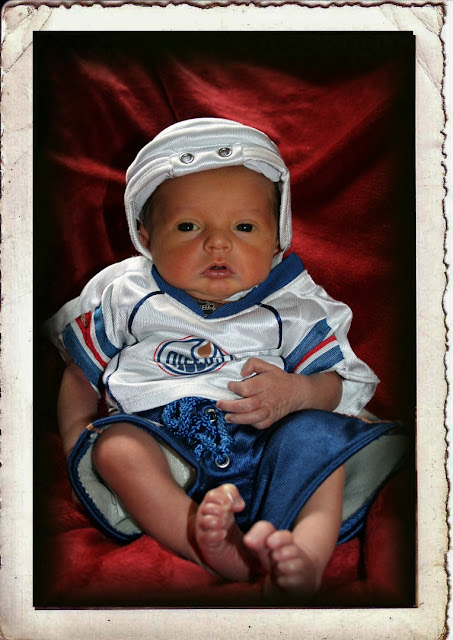 It didn’t matter any longer that it would be three days until I was able to hold him. They were all well - were all happy. At that point, it didn’t even matter that I had missed such a significant moment. He wrote his own birth story – different than we had expected it to be – more dramatic and emotional, but with the same Happy Ending.  A beautiful, healthy, sweet, sweet, much-anticipated child coming to a family who is head over heels in love with him.
Four days old in a 'Build A Bear' outfit
Spencer James Martin
6lbs  5 oz
June 2, 2010 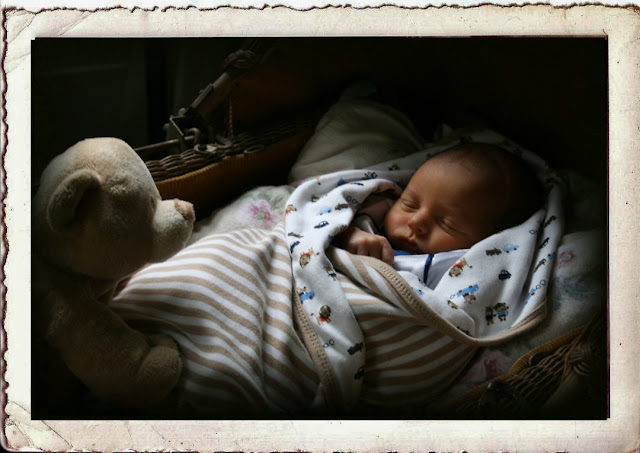