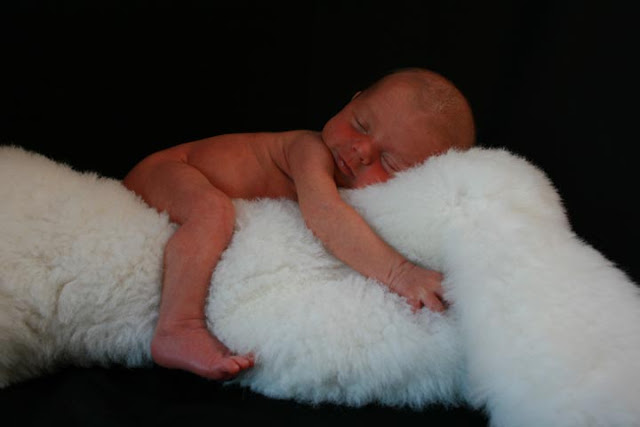 You'd think that it would be the easiest thing in the world.  Tiny babe who just sleeps and sleeps and sleeps. Doesn't squirm or gawk around all over the place; doesn't get up and run away or stick his finger up his nose. Piece of cake. 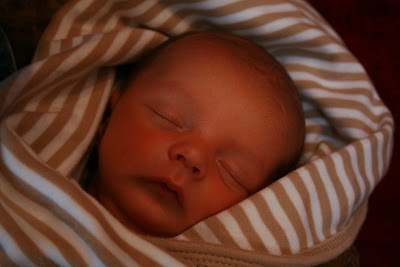 I dragged everything up to my studio that I thought might make a good prop for a sleeping baby. Dogs and bears and blankets and baskets. Even a tiny saddle and little cowboy boots. I had it all lined up with different backgrounds, ready to play 'Anne Geddes'.


The little model has been exactly that. A model of the Perfect Baby.  Laid back, relaxed and sleeping most of the time.  Ah yes... piece of cake.  Twenty minutes and we'll have a few hundred perfect shots.


Hah. He was all fine and dandy when he was swaddled up, but as soon as he was out there in his birthday suit, his eyes popped open like he was absolutely not trusting what we were about to put him though. And really, as cute and sweet as a newborn is, they are definitely cuter and sweeter with their eyes closed. They're kind of alien looking when they open those rheumy slits of eyes and look at you like they know something about life that you don't. 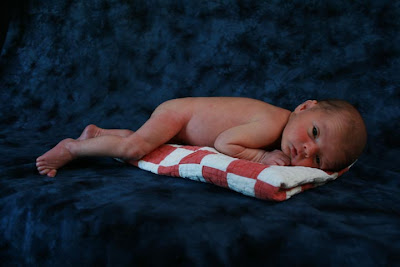 This child is beautiful - the loveliest little peaceful face.  But, because he technically shouldn't even be here yet, he lacks a little in Baby Plump. He has Old Man Butt.  Very, VERY old man... skinny, bony and saggy. Buttless actually. And the longest legs and arms, and biggest hands and feet. And he likes to stretch them waaaaaaay out. No more fetal position for this dude; he's had enough of cramped spaces - he's switching Womb for Room, and plenty of it. 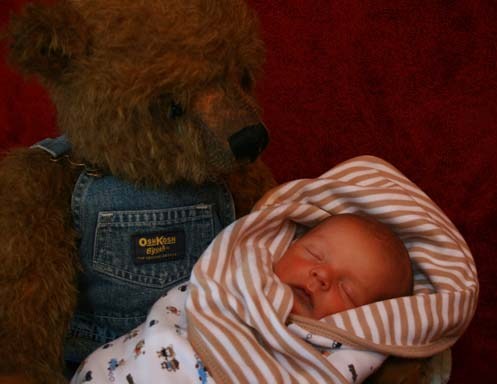 He was supposed to be laying with Jack in just a cute little outfit, but oh no - it was swaddled up or nothin' - take it or leave it. All fine and dandy, but not all that 'artful'. 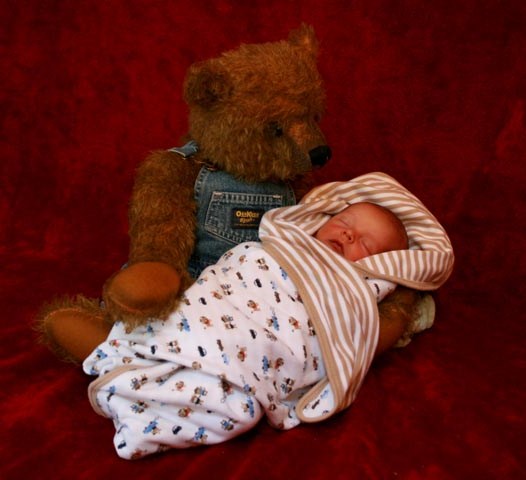 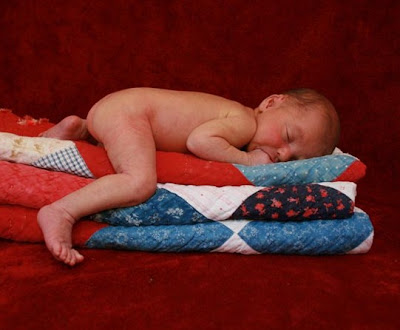 It would appear that he will be tall and slim, which is nice for a man, but it makes it darn hard to take cuddly, plump little curled up baby pictures.  And for the sleeping baby part, not a chance. He'd be sound asleep, but the minute we'd lay him down,his eyes would pop open and he'd get those long legs going & propel himself right off the spot that was carefully prepared for him.


Four hours and only a couple of shots that wouldn't do.  Finally, he was comfortable with a big furry dog and it seemed that I'd get to play after all.  But nope.  The water works began. And then the other end.  And then - 'hah - fooled ya, I'm awake now.' 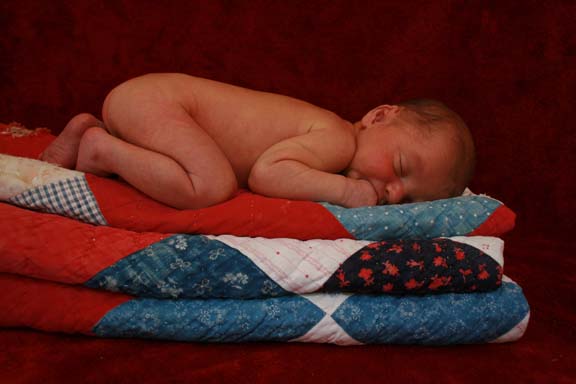 Yep, those sleeping baby photos look like they'd be the easiest thing in the world to capture. Apparently not so.

Oh, Ev...these are the most precious pictures ever!! Sweet and whimsical, funny and memorable. Someday when Spencer is a strapping fellow, you'll hardly believe the scrawny little critter he was "in the beginning", all skinny limbs,big feet, and no bum. What wonderful memories you've created!

Hi Ev, glad you are enjoying the blog hop for IASC! Good therapy for me to with creating something for Fathers Day, since I think I havent done something like that since he passed 4 years ago...was difficult but worth it:)