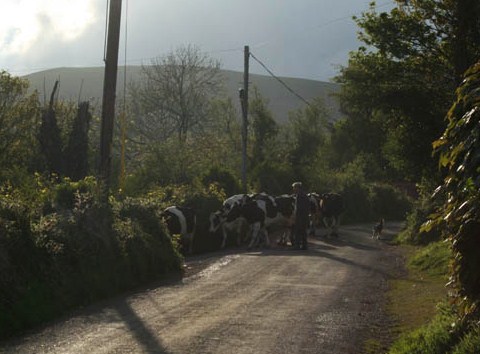 Taking the bus trip was great fun, but what we needed, even more than the freedom to set our own agenda, was to be able to stop when and where we wanted to take photos.  The only way to do that was to get up the nerve to tackle the ‘other side of the road’ driving. I go with the one that if someone else can do it, there’s nothing stopping me. 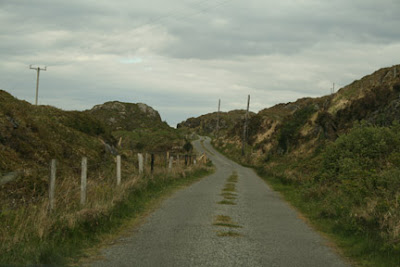 It took a bit to get used to, but having the perfect navigator – efficient, patient and calm – we did it.  And what fun we had. 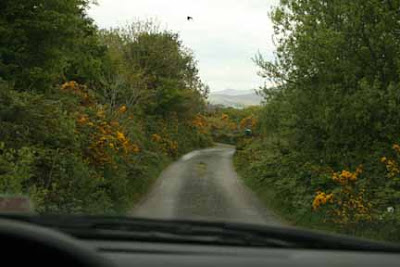 They’re not big into shoulders over there.  The roads we were on were windy and curvy and hilly, with brambles right up to the very edge on each side.  I had to wonder how they ever plow the roads. And I often wondered how it was even remotely possible to get two cars – or even worse, a truck of bus, by each other.  We blessed our luck a number of times when we happened to pass something-too-big, just moments after we had passed a treacherous spot.  The thing that blew me away was the speed limit of 100 km on roads that would have been about 45 in our country. 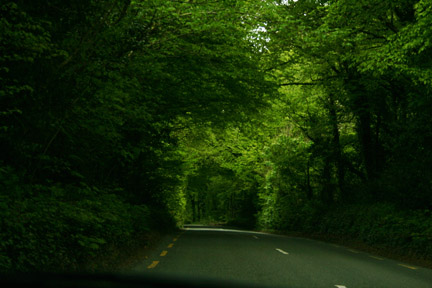 It wasn’t stressful at all though, it was great fun.  Some of the roads we were on were breathtakingly beautiful. It was often like driving through a fairy tale – tunnels of trees, lit up like magic forest. 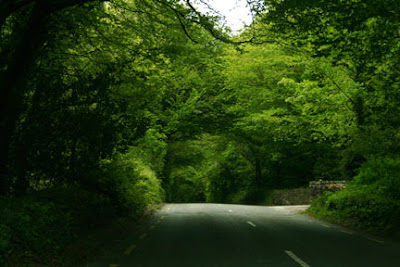 The most memorable was the day that we ended up on a road less traveled.  It got to looking like someone’s rarely used driveway, with grass growing up the middle.  We went on like that for miles and miles, wondering at times if it would ever end, but most certainly enjoying the incredible scenery. 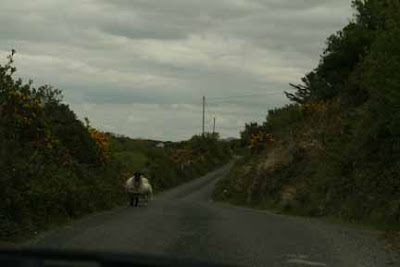 More than once during our trip we came across sheep or cows on the road. On this particular day, I grabbed my ever-handy camera and snapped the sheep family who were sharing ‘the driveway’ with us.  Just as I did, I said ‘Holy S…’, as I spotted a car & threw the camera at Jan, who continued to capture the moment. 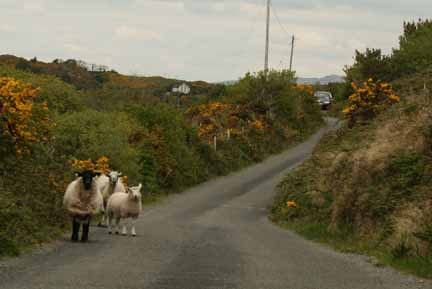 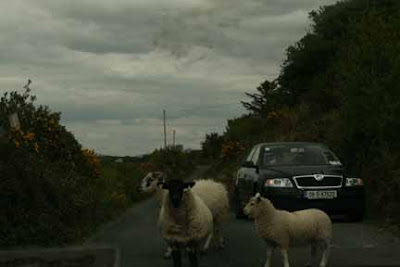 We spent five glorious days driving around four peninsulas.  With the hills and valleys, it was like being on the most scenic rollercoaster ride in the world.  I so wished that I had a movie camera strapped to my forehead and was able to rewind and replay every single moment of our journey over & over & over. 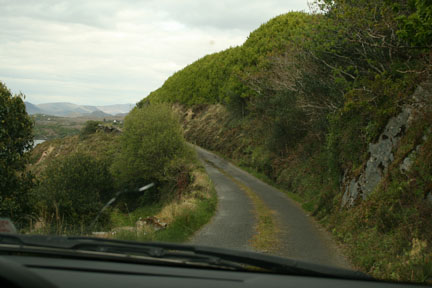 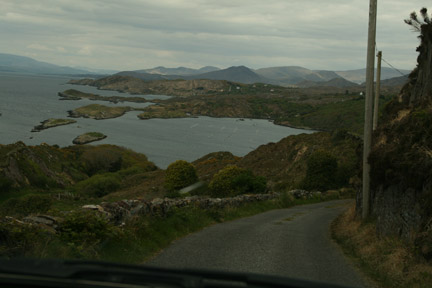