Before I get to talking about my trip to , I have to tell about my Welcome Home gift. 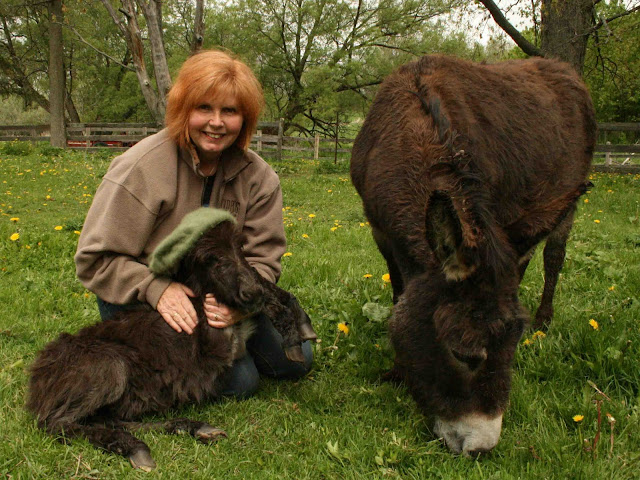 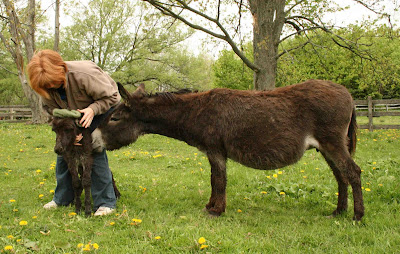 As soon as I got home last night, Ashley brought Gibson out to see me. In reality though, as always, I came in a distant second to the donkeys.  A sideways glance at me and a quick wave, then a beeline to fence, shouting 'Donkeys! Donkeys! Donkeys!!!' 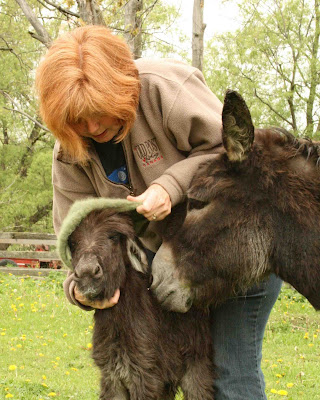 As Ashley and I were watching Gibs and the animals, I commented that the field looked sadly empty with only six donkeys, the least we've ever had. While I was gone, my little Jack Jenkins went to a new home and although I wish that I'd have gotten to say goodbye to him, I know that he will have a happy life.


But Brian mentioned that Samantha is bagging up so we should have a new addition soon. Victoria is also pregnant, but not poor old Maggi. She has the biggest belly of all, but the vet recently pronounced that her perpetual bulge was in fact, a hay belly.


She has had the mega-belly for 3 years. She’s the one that I wrote about that was going to have Nugget’s last baby in 2007. It never came and the barrel never went away.  It always has looked like she had a definite foal – you could see it laying on one side. Last October, I was sure that she would finally deliver, but alas, week after week, month after month - no babe arrived. 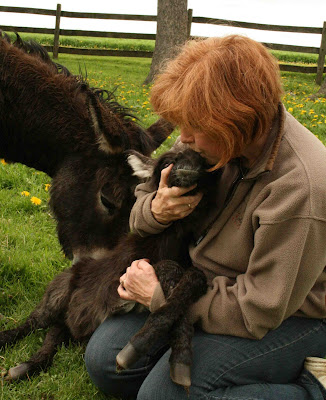 Well the poor old dear. It was concerning that she’d have to drag that belly around for the rest of her life.  And especially sad to think that she’d never get to enjoy having little one again, she’s such a good Mom.


Just hours after our conversation about her unfortunate condition, Maggi decided to deliver that hay belly as a welcome home gift to me.  We awoke to a darling little black jack, whose name came to me instantly: Paddy O’Malley.   Probably should have been Paddy O’Belly.


In an attempt to make him look Irish, I tried to get him to wear a green beret. Both Maggi and Jae were saying 'Who is the ass here?'
I’m happy to have such a sweet welcome home and; Maggi is happy to not have to endure people making comments on how unshapely she had become. 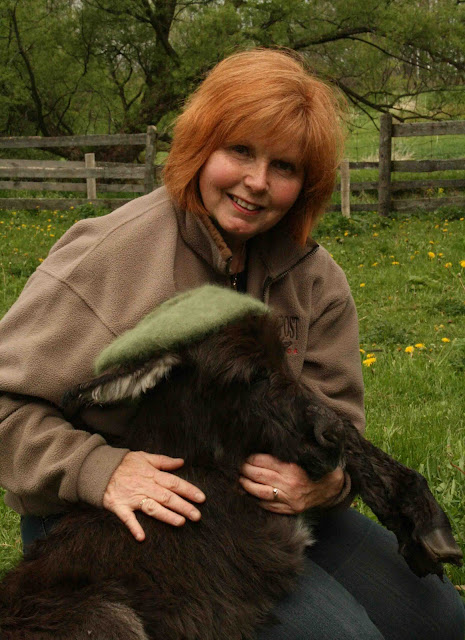 What a little sweetheart you have there! You're just full of surprises.

Can't wait to hear more about your trip. Details!!!