I'm having an issue with Clarity. Mine and Victoria's. 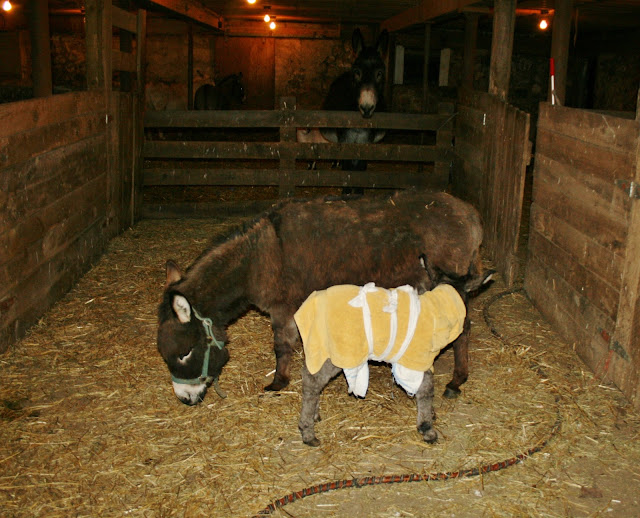 On the first day, I noticed she just wasn't right. I've had enough babies to know when something is off. In all the babies that we've had - probably more than 60, we've never had a newborn that needed special attention, nor have we ever had to call a vet.

I didn't know if I was a little puck shy after Samantha's baby or particularly paranoid with her being our last baby, but we called our wonderful vet who has been with us for decades. He was there within ten minutes, and agreed with me that something was up. He called on Saturday to see how she was, and stopped in yesterday to check on her, saying he was concerned for the wee thing. I was glad to see him as I'm still concerned. 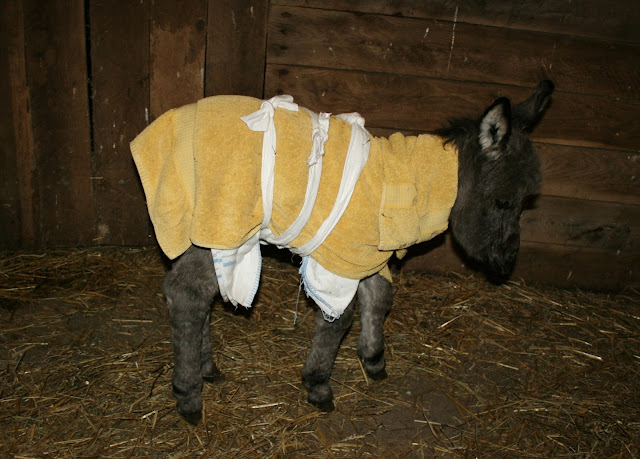 She's nursing lots, but for some reason isn't thriving. I've been supplementing her with foal milk, which she is not enjoying one little bit. She refuses to suck, so I have to squirt the milk in, little by little. A very time consuming activity, the bonus being that I am getting to spend lots of time with her.

He had me blanket her up the first day - something I wouldn't have thought about as we've never had a winter baby before. Made perfect sense - she was losing energy with being cold. 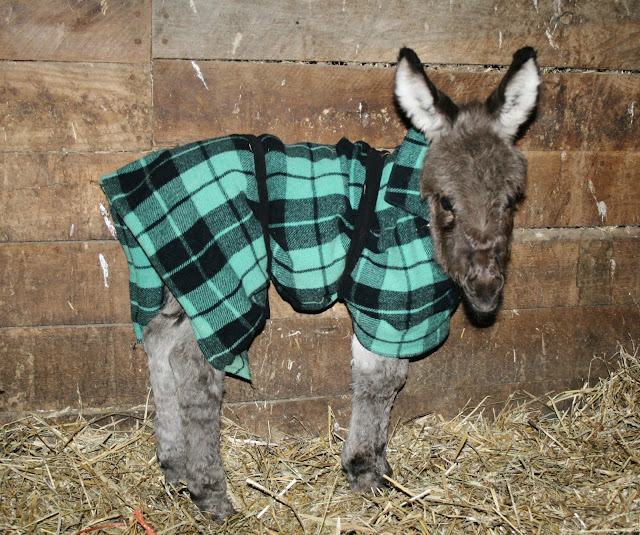 Needing it quickly, I fashioned a cozy robe with layers of flannel, covered by a thick terry towel - complete with a neck warmer. Today I made her new attire ... a little miniature horse blanket just like the ones our horses used to have. It's double thick and hopefully will keep out the drafts.

Each morning I go out, I hope to see her running in circles and kicking her feet up, like all our other babies have done within hours of their birth. Perhaps tomorrow. 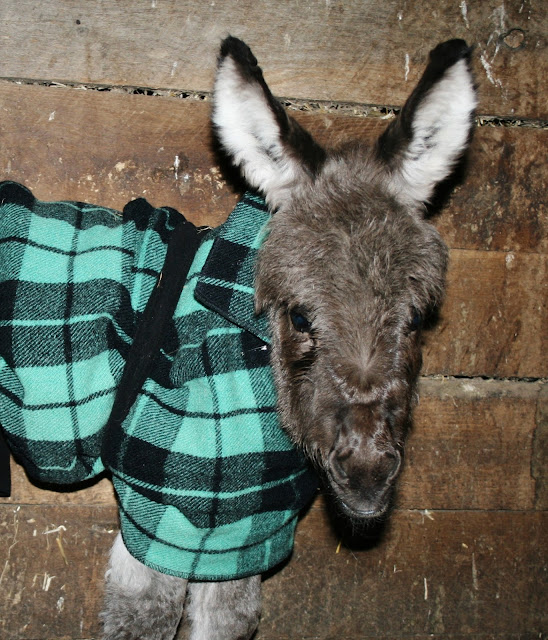 I wish I had some clarity on what the problem is ... we just can't put our finger on it.
Clara T. is giving me a challenge indeed.

Aww - I hope she's O.K. She sure is sweet with her blankie! Good luck with this Ev!

Hopefully , just a slow starter!
She is a little doll though .Lovely little blanket warmer too!!

Thanks gals ... we're still plugging away. Day by day.

So sorry to hear,I know how worried you must be,you sound very worried.You say she is nursing OK ...to much? Are things coming out as easily and as much as going in? What did the vet say??? Way too many questions I know,but thats me.Keep us posted,and you will be in my thoughts.Hope all goes well. Am playing catch up with your blog,you are such a talented writer,you certainly were in the eight line when God handed out talent!!!!!!!