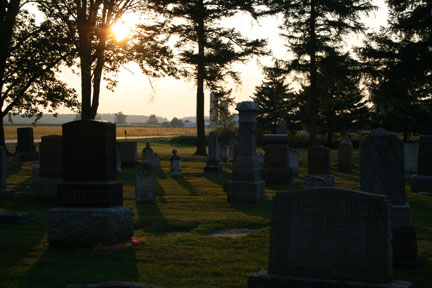 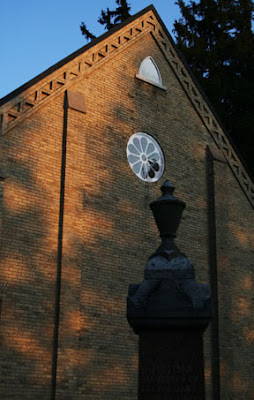 In the middle of the countryside, just down the road from us, nestled around my adopted little church, there is the most beautiful, peaceful cemetery.  I have spent many, many hours down there over the years. It’s where I will eventually spend many, many more.
When you live in the country, you’re happy to have a ‘destination’ when you’re out for a walk.  That was mine.  It’s  just a nice distance to stretch the legs and clear the head.
There were times that I took the donkeys for a walk and we ended up there. And when the kids were little, that was the direction we took. Little feet in running shoes. Medium feet peddling bicycles. Teenage feet in rollerblades.  Mother feet pushing my grandbabes.  It was a lovely place to go – park like and beautiful, lots to see and talk about.  The tall slender monuments looked massive as they towered over my youngest, Alyssa at four - she was fascinated by them. She told me: “I want one of them trophies when I die.” I asked her, “How do you think you get one?”  She answered with great authority: “You’ve gotta win lots and be buried standing up.” 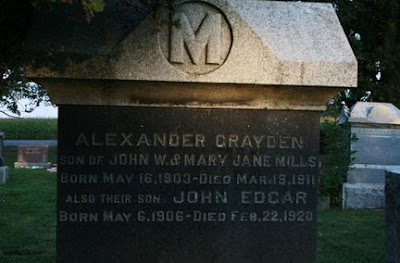 I have always attended the Memorial Service on the last Sunday each August.  I don’t get to go to the cemetery where my own family is buried, so this one has become the surrogate.  It is heartwarming and moving to see so many families come there to honour their loved one. I quietly remember mine - it matters not that they lay two hours away.  On this day, many of the graves are decorated creatively, with gladiolas laid in artistic patterns. I like that. 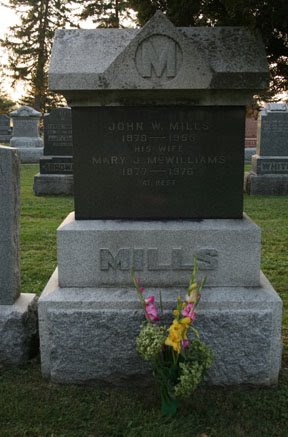 I am fortunate that I don’t have family there myself, but I do know many, many of the people who rest there.  I often take flowers down to the Mills – it just seems right since this house we live in and love, was their vision. I think of her so often.  She lived to be 99 and my intention is to follow in her footsteps.


They have a big, beautiful old stone from the early 1900’s when their sons died.  I don't want them to look barren and lonely and 'un-remembered', so I take them a little something. I didn't have a chance to get anything for Sunday and was feeling badly about that; but when I arrived at their marker, there was a lovely bouquet. I so wished that I was able to find out who had placed it there. Someone in attendance obviously had memories of them. I had questions for them.  I would have told them that I think of them even though I never met them and really know nothing at all about them. But I know that they slept in the said same room as I sleep; and I know that there were summer nights that they sat on the same porch where I sit, listening to the frogs and crickets. And that is enough to keep them tucked in my heart. 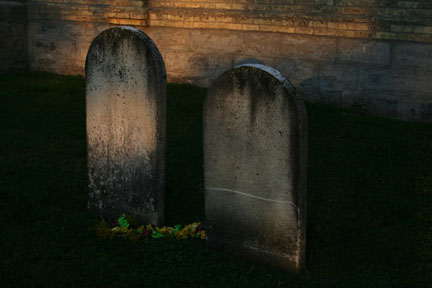 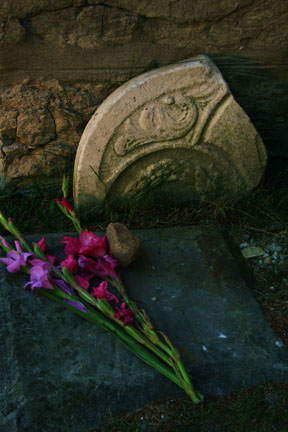 That little cemetery is so well kept and well loved. The history is there - deep and long; old and fresh - sorrow and humanity. On Memorial Day, it is a colourful celebration of the lives who have gone ahead of us.


I was so moved to see that someone had even been so thoughtful as to lay some glads by a piece of stone that is propped up in a corner of the church. It is just a fragment; there is no name – but still, someone cared enough to take the time to lay flowers. To wonder a moment about the life that it represents. I like that too.
That speaks of that sacred place. That speaks of respect and love and remembrance. And it speaks to why I will in the end, when the time has come, be content to spend many, many more hours there. 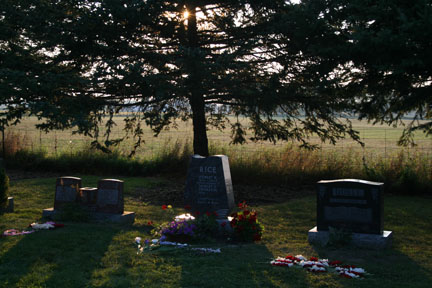 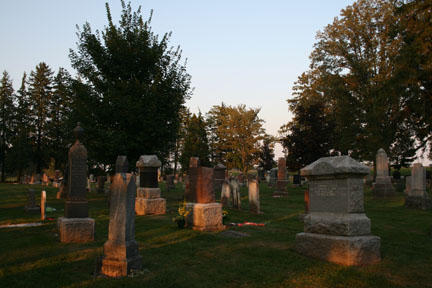