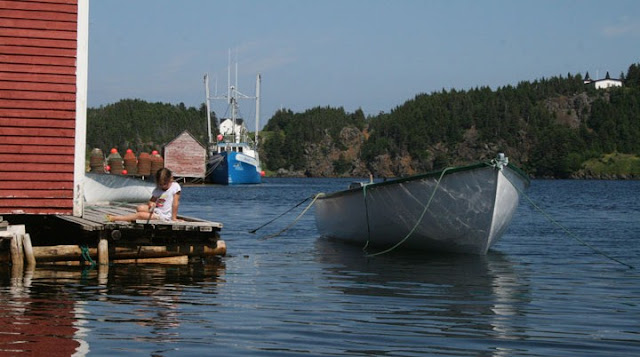 It seems that we often blame technology for the fast pace of our lives, or at least in my case, for sucking time away with the computer.  But it appears that that ain’t necessarily so. 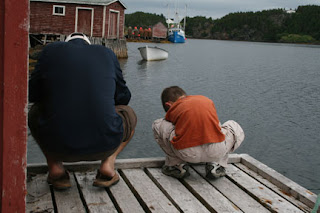 For the past three weeks I have been in a technology-free zone. No TV, no radio, no computer and actually until the Girls bought one for in my kitchen, no clock.  It did not help time slow down one single bit; quite the opposite - as always, it was in Warp Speed mode.
Brian’s quote that hangs out there in OZ:  “There’s nothing to do and you won’t get it done.”, once again proved to be true. There was no major ‘To Do’ list, no chores or expectations. The agenda was basically just following where the day took us, and as always, it took us on numerous adventures. 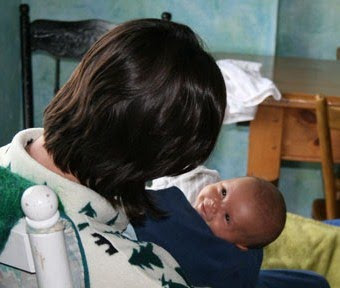 The first leg of the trip was spent with Nick, Jae, Scotty, Lauren, and wee Spencer – seven weeks old and his first trip to the Rock.  What a joy it was to have that time with them. The sea air was great for Spencer – he grew eyelashes and eyebrows, his jaundice finally disappeared totally and he gained a pound and a half, bringing him up to eleven pounds. And he smiled. On purpose.


It was such great fun to watch Scotty and Lauren feel like they had freedom to play unsupervised (they didn’t know that we could see every move); they felt independent and that was what counted. They walked three houses down to the neighbour’s on their own.  A big deal for kids who live in the country and never have gotten to experience that. 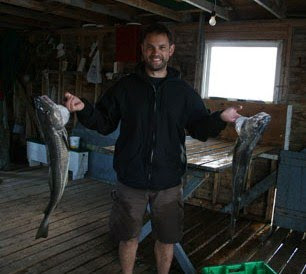 We were lucky to be there during the three week food fishery.  Scotty and Jaime both caught their first cod. Nick learned lots about boats.  How he did that remains under the very strict code of ‘What happens in , stays in ’.


We had a dinner party one evening and the guys went shopping in the sea and I whipped up some fish chowder and cod au gratin - less than an hour from the water to the table. That's not something that we get to do out here in the heart of farm country. 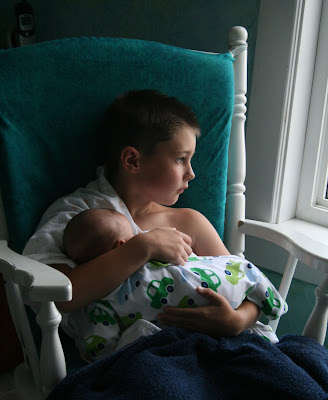 We had the very shocking and sad time of being there during the tragedy of the drownings: two beautiful young brothers and two local men in their prime. For days, the helicopters flew up and down the shore right behind our house … the sight and sound of that etched deeply in my mind.  It was heavy on our hearts at all moments, as it was with every single person who was there, as well as much of as they watched the events in Twillingate.  It is hard to get past that sick feeling of picturing the day, knowing exactly what we were doing, while those dear souls were not very far away, in distress.  The lighting of the lights of the Festival turned into a candle light service attended by a thousand people, where a wreath with four lit candles was gently placed into the harbour. For us, it was a glimpse into the harsh reality of living in a fishing community – the danger and the dread that they have so often faced their lifetimes. 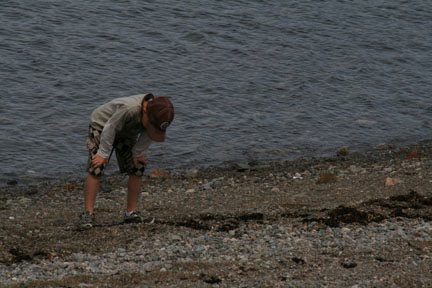 It was a busy week with the Fish, Fun, Folk Festival week. Lots of people about and a multitude of events that kept us coming and going. There were parties and lots of summer people to meet, which made the time fly even faster. One moment we were on our way to the airport in Toronto and the very next it seemed, heading to the airport in Gander. Merely a blink between the two. There were a few tears when it was time to leave, which was undoubtedly confirmation of what a very special place that is, and how treasured our time is there. 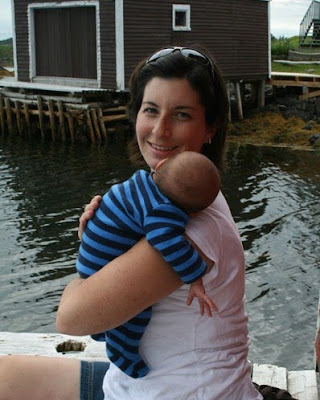 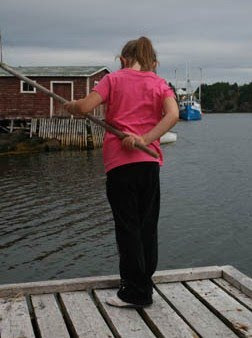 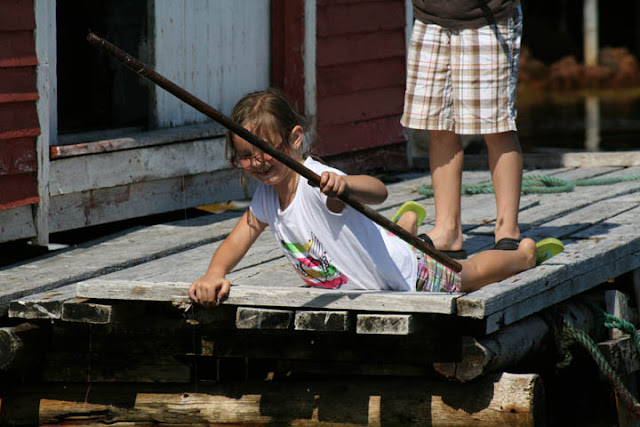 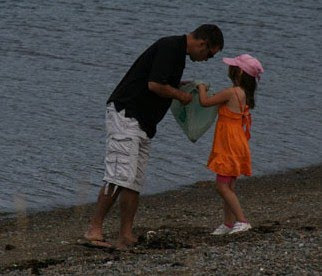 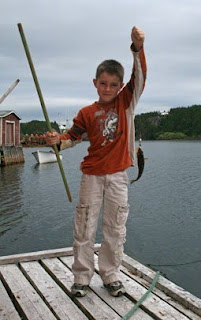 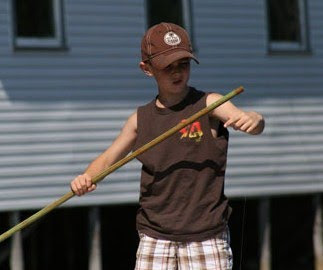 Sounds like a great time--it's amazing what the sea air can do for a body and for a soul.

I'm sorry to hear about the tragedy that occurred.

You definitely have the best of both worlds.