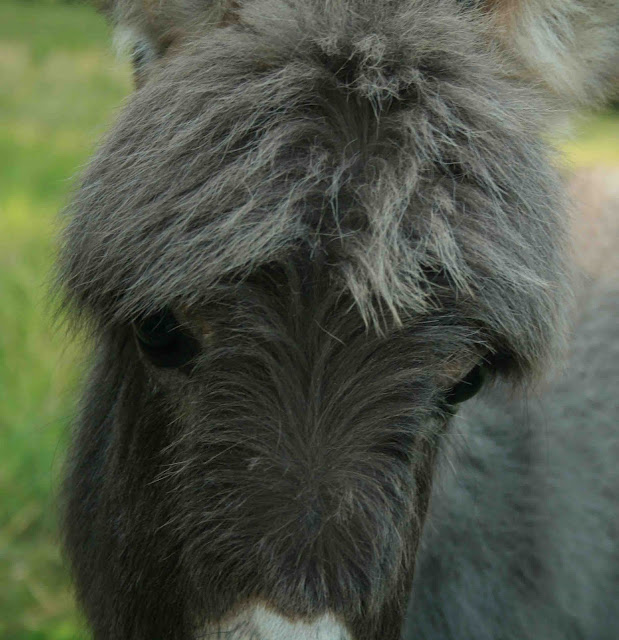 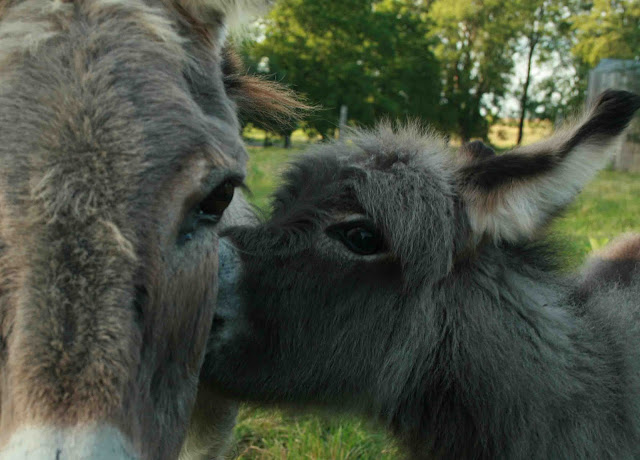 Premature. That's the only way that I can explain it. Maybe it was the full moon that caused Katie to go into labour a whole twelve hours early. At any rate, he missed the mark. If he would have had the good grace to wait just a little while longer, he would have been born on my birthday - which is the expectation in keeping with our Special Day Arrival record. He wouldn't have been the first donkey to arrive on my birth date. I guess he just didn't want to share his day with another Jackass. Or as it were, two. 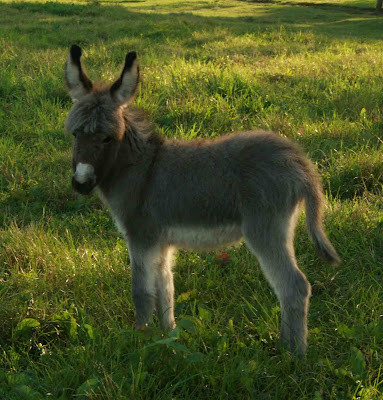 He arrived in all his fuzzy glory on Sunday, August 2nd ... the second birth that I've missed this year while I was in Newfoundland. He's darling & sweet & tiny - and unusually furry for a mid-summer baby.
I think I'm going to have to call him 'Mister Mark' - because he did.
Pete, Cole & Mark ... my Three Donkey-sons.