I Am Going to Do This 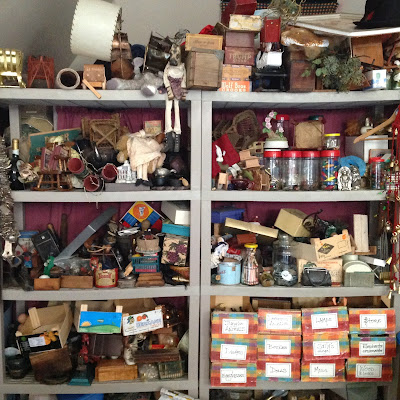 I suspect it's never easy ... letting go; well, at least for someone like me who has that hoarder gene woven in my very being. I come by it honestly. My mother died with the towels she got for a wedding present never used. She was saving them for 'good'. 'Good' never came and they went in the rag bag because after all, they were 38 year old towels whether they were used or not.

I'm not like that, because of her really. I have used it all. I have valued and treasured and cherished it all. I have fed my imagination and creativity with it all. I don't own anything that doesn't have a story attached or is fodder for something that I plan on making some day. Therein lies the problem. 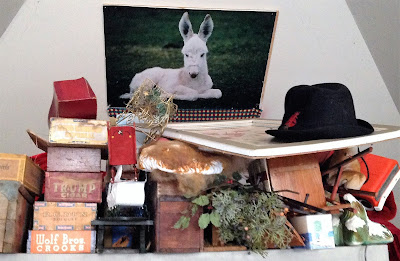 I've known that for a couple years now but I've been dragging my feet about moving forward. Letting go needs to be a process for me. Collecting and accumulating has been a major part of my life for a half of century. It has fed my soul and fed my family. It's what I did and I was. It's actually still who I am, but I can be that without quite so much. 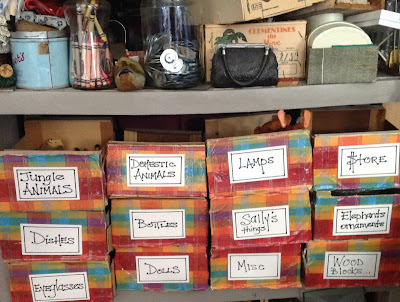 It was two years ago when I was going on to one of my daughter's that I needed to get 'rid of stuff'. She said “People like Estate Sales – you should have one of those.” I said: “I don't particularly want to die to get rid of my stuff.” She said: “Well, your hoarder is dead.” “Yes she is.” I confirmed and the seed was planted to begin to let go.

The truth is, at that point she maybe wasn't fully dead, but she was on life support. It was hard to pull the plug though even though I knew it was time and I was getting closer to the point that I would be okay with it. Actually, at moments I was excited about having an estate sale. 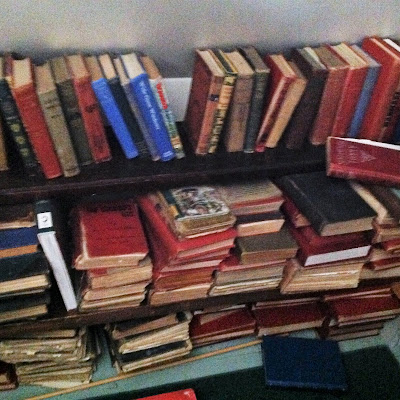 Two years have passed, and even though I wrote her obituary, I have found all kinds of reasons not to move ahead with it. 'It's going to take too much time and I'm busy.' is at the top of the list. I will always be busy.

I spoke the other day of 'Emma Sally Ann' being dead. Another daughter said carefully: “IS she, Mom? IS she really dead? I don't think she is.” “OH YES ... she is definitely dead.” I confirmed and offered two occasions that were proof. I had gone to the Antique Warehouse and found all kinds of things that would have given me heart palpitations and caused me to load my car with so many things that I loved and collected. I walked out of there with nothing. Nothing. And with my recent trip to New York City, I came home with only two things – a journal and 2 yards of fibre ... yards not even a whole ball. That was in spite of being in many cool shops and fabric stores in the Garment District. There's proof of her passing – fabric was a major addiction for Emma Sally Ann.

Brian meanwhile has been trying to encourage the process with all kinds of tactics ... bribery, guilt. “If we don't do something with this stuff, our kids will hate us.” he says 'The 'we' part is a tactic. It would take him about 2 hours to disperse with his entire accumulation; he has always been good at releasing. “How much do you want for it, I'll buy it all.” he responds to my statement that I plan to have a sale. “It is not about the money.”, I tell him, “It is about the process, about honouring that part of my life as having value – not just taking it all to the dump.” Which is exactly what he would do with everything ... with ease and relief. “You've been at this for ten years.”, he accuses me. “TWO. Only TWO.” I argue. 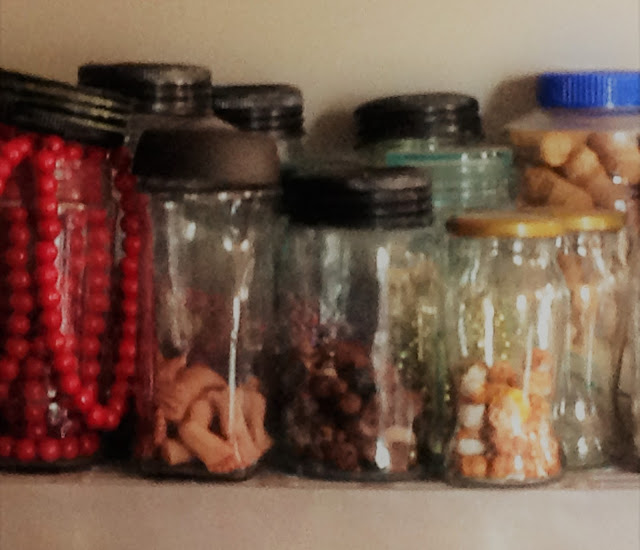