For as long as I can remember - which takes me well back over half a century. Good lord, I'm old. I have 'doodled' the same exact thing. Over and over and over. It has never gotten fancier, more detailed or more artistic - it has never evolved. 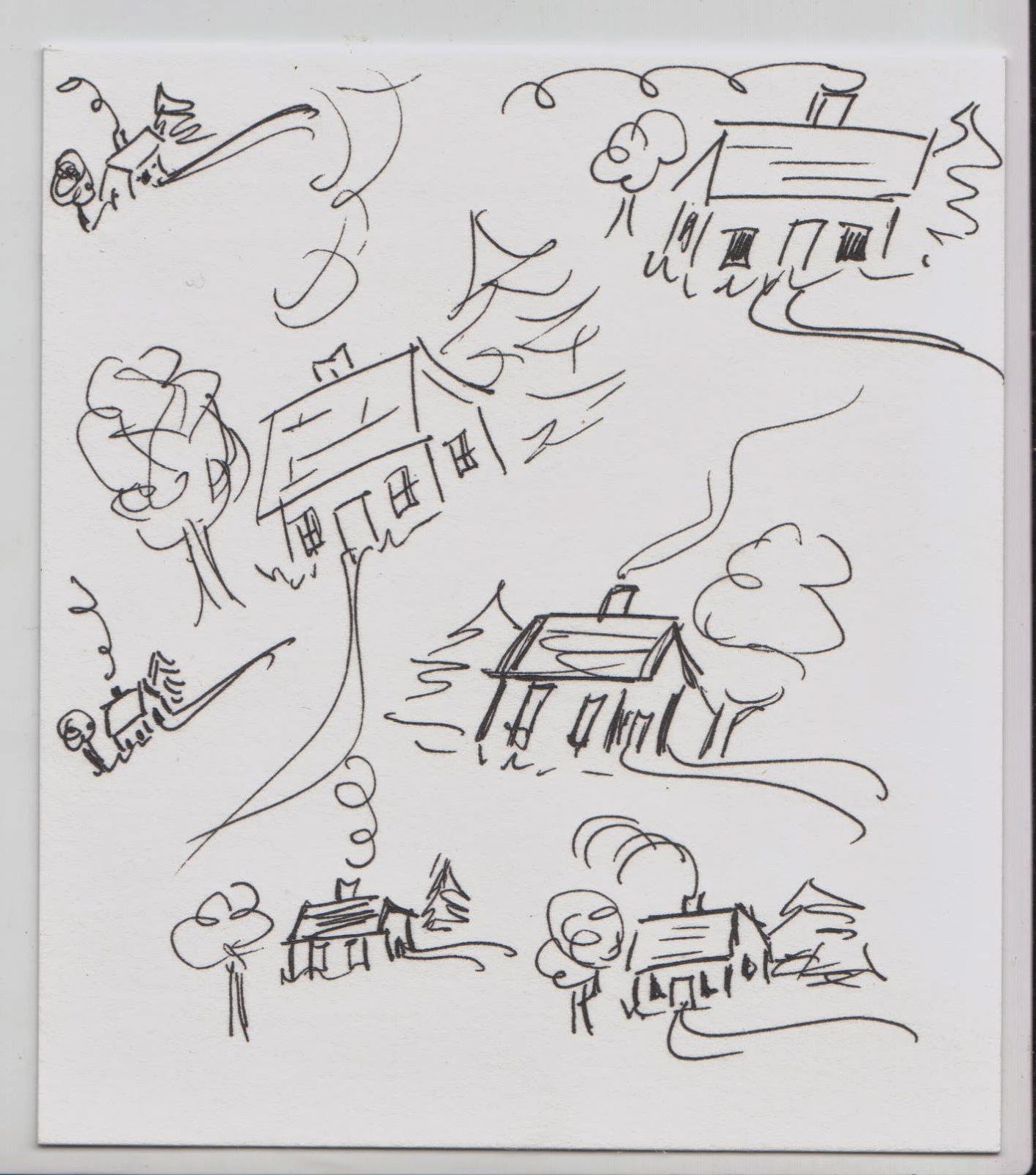 Most people would doodle something that is on their mind. Some might doodle a fantasy world. Some might start with something totally simple like a circle and build out and up and around and turn it into a wonderful piece of art. The beginning of Zentangles no doubt.

Nope. Not me. If I have pen and paper at hand, I will absent-mindedly do my doodle in any space that exists on the page. It's a tiny little house with a door and three windows, smoke rising from a center chimney, a path leading up the doorway, a deciduous tree on one side and an evergreen on the other. If I have time to get into a second, third or fourth doodle, they will be all exactly the same - no variance whatsoever. I have never even added a second story to the house or put on an addition.

If someone was doing a psychological assessment of my doodles and my lack of evolution with them, I wonder if they brand me sadly uncreative or just content.

I was thinking about my singular lifelong doodle and noticed two things. One is that it is like the cabin on my arks. So I don't only draw them, I build them. And the other is that I do in fact have a great draw (no pun intended) to small buildings, to tiny houses.

In being aware of my narrow scope of doodleness, I am working towards thinking of something else to doodle. Well, I was thinking about thinking about it. Maybe. Or maybe not. It's not really that important to me to stretch my doodle, I was just observing it. 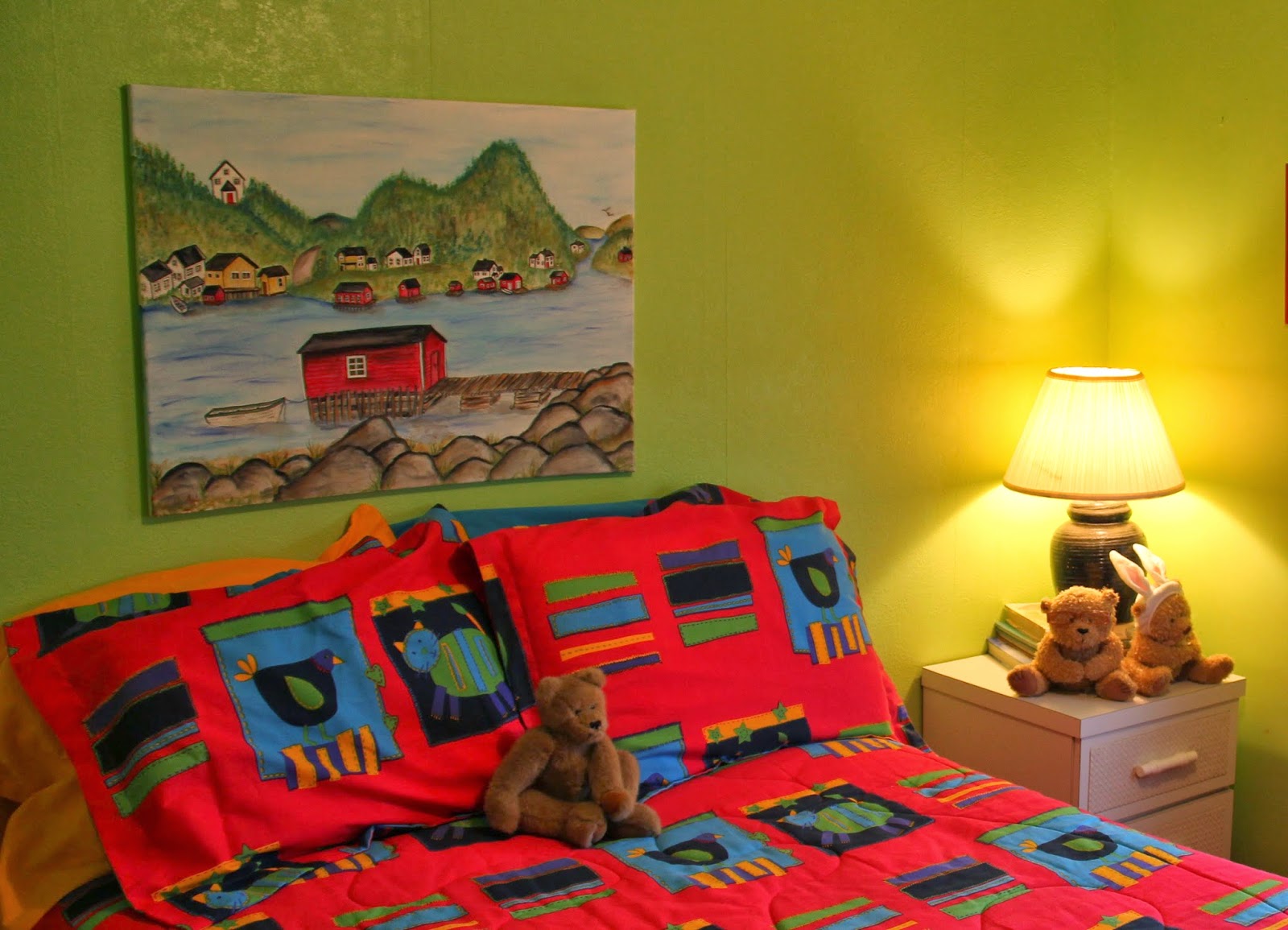 The thing I noticed last night though, is that it does go beyond doodling. So maybe my creativity does need to be stretched somewhat. I have decided I want to paint - which is something I have never had a talent nor a penchant for. I decided that it's time.  I painted three pictures when I was out in Newfoundland last fall. Every single one has a small building as a focus.  I painted a floor cloth. What is it? All our little buildings out East.

Currently I'm taking a water colour class. What did I paint last night when we were supposed to be doing trees?  I even specifically tried not to when I noticed that a cabin had snuck into my forest. The next one I was determined to leave uninhabited. Didn't happen. Couldn't happen. Apparently the challenge for me is beyond doodling. 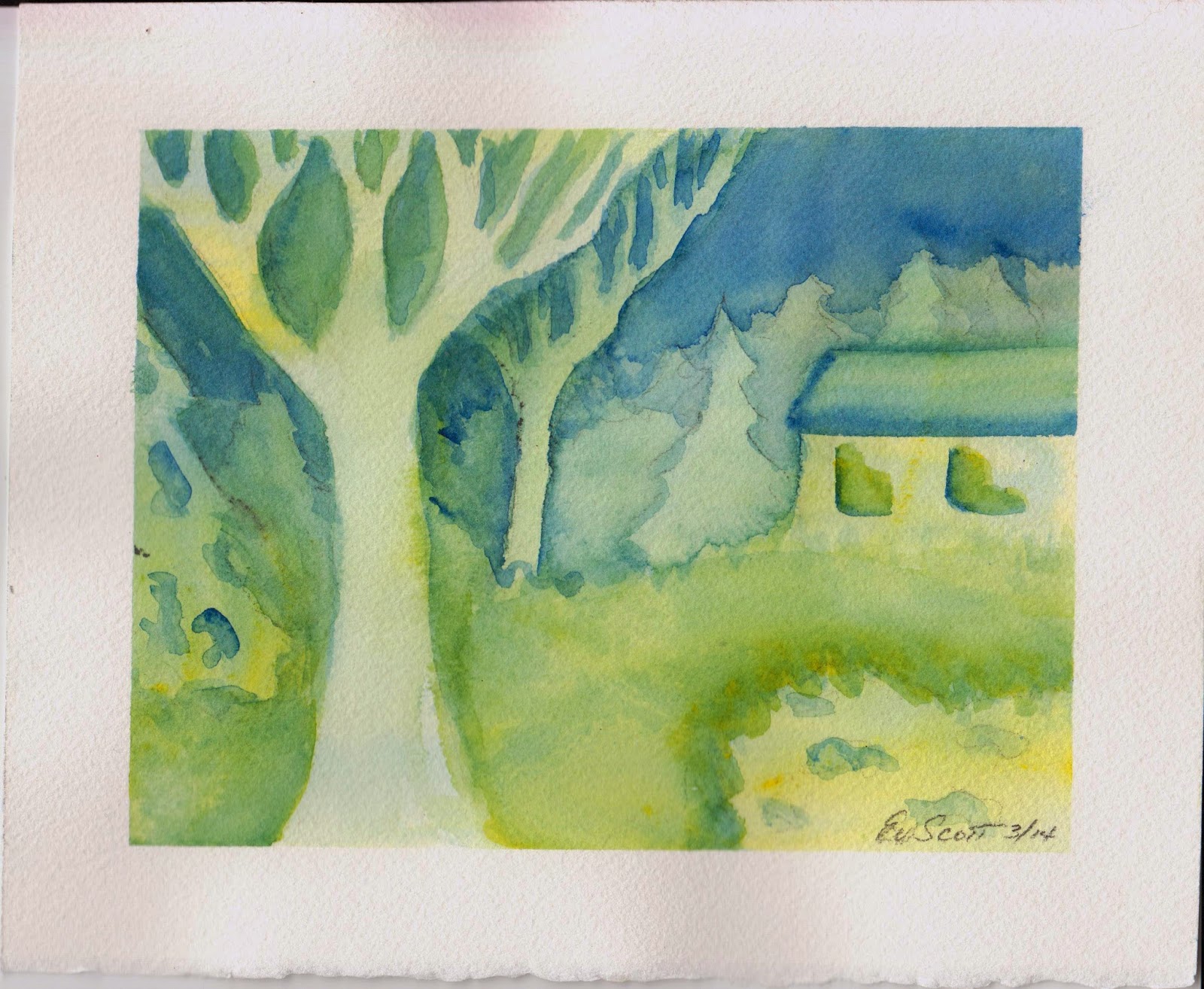 My favorite "doodle" of yours was the picture of the cabin that was on our fridge for a long time...until the actual one was built in the field. Talk about vision board!!

That's true, Ashley! I guess in building the cabin, my doodle came to life :-D That was the beginning of the 'collection' ;-P

Oh Ev - your real watercolours are beautiful! A very interesting theory about your doodles - love it!

Thank you Rosella! I apparently have very little to do if I start assessing my doodles! LoL