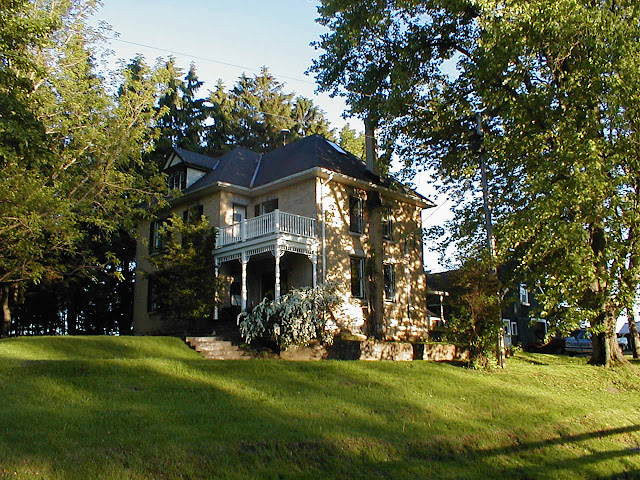 When I was 5 years old, my family moved into a brand new bungalow. At 21 years old, married already for a year, Brian and I built a brand new bungalow. Some might think that was nice ... one floor and no repairs.  But I always wanted to live in a big old two storey house with a spirit, a history and an attic. In 1988 when we got this place, I felt that my soul had finally caught up with where it was meant to be.
This is an old, old house; probably pretty close to its hundredth birthday.  The property itself was first acquired in 1842 by a fellow with the last name of Love.  A hundred and sixty years later and it’s still very much Loved. 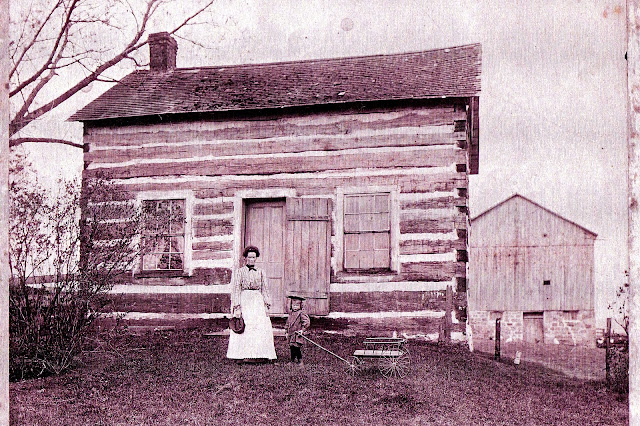 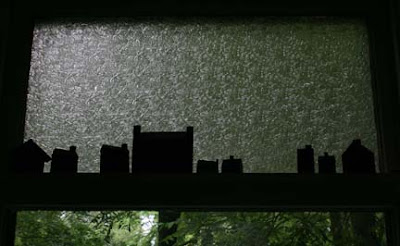 This was the original log cabin with Mary Jane Mills and her son. She and John came to this farm in 1905 and likely built this house not long after this photo was taken. I can well imagine how excited she must have been on the day that she moved into this house. It was quite grand for its day: there was a dumbwaiter going from the kitchen to the basement, two stair cases, hardwood floors, red and green stained glass and was so spacious compared to the humble little cabin. I love to imagine her planning it and watching her dream come to life. For some reason, she always comes to mind when I'm cleaning the frosted glass window in the livingroom. I wonder how she chose it - the catalog or a travelling salesman I suppose, certainly not Home Depot.  How happy and excited they must have been waking up on their first morning in this house.
And then the tragedy: the sorrow that these walls have contained. Both of their sons died; one was about 9, the other 13 – one from infection, the other from a burst appendix. This place would have gone from a home to just a house; seeming almost pointless without the children.  I doubt that she could have had the heart to love it any more. 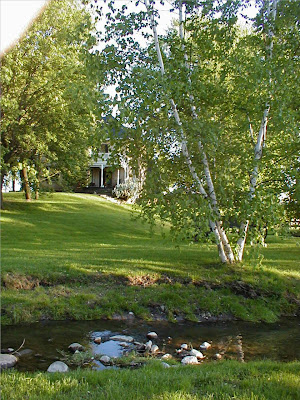 And so, whether to fill that void or simply for the practicality of having a boy to help with the farm work, Alexander came. His mother had died when he was seven and his father sent him here to be the hired hand. He was ten years old.  He lived here from 1924 until he went off to join the army in 1939.  He got married in 1941 and came back here and bought the farm in 1947.   Even after having been here for twenty two years, we are still often identified in the community with 'you're on the Binkle place'.
Alex dropped in occasionally over the years and we were so honoured that he did. I liked to hear his stories and picture another family loving and growing within these same walls. I was pleased to know that the Mills slept in the same bedroom that we chose for ours.  Alex's room was where our youngest two slept. What is now our downstairs bathroom was a stair case back then. He told how he’d hear ‘the boss’ getting up, and he’d jump out of bed and run down the back steps to be in the kitchen before him.  He told me where the couch sat and how John Mills would sleep there after dinner while Alex would rest on the floor, under the table; in the same exact spot our table is now. He described how he walked through the fields and woods behind us to get to school rather than going the long way on the road. He told about how his wife, Erma loved to play the piano – there were two here in fact, and the neighbours would come by to sing and play cards. I love to picture that. 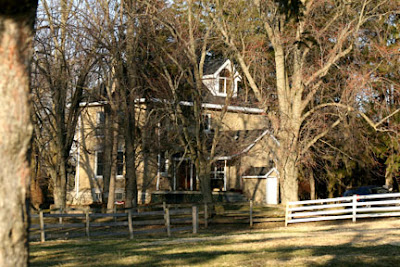 Alex raised three daughters in this house; one was born the same year as I was.  I was delighted when they dropped by and gave me a glimpse of what it was like for them to grow up here.


I connected with them today at Alex’s funeral. He was 93 years old.  In the eulogy there was reference to his childhood and his many years on the farm.  THIS farm.  This house, this land, these trees.  In this very spot on the front porch where I am sitting right now, he sat - as a boy and as a man. He spent what should have been childhood days here and I think of his first night in this house. He would have had to have been so sad and frightened, losing his mother then having to leave his father and two brothers. And I think about Mary Jane ... did having a little boy about the age as the ones she lost, ease that sorrow or make her miss them more? Did they treat him like a son or a hired hand?  Was she sad when he left for the army at 22 years old?  I would think that they'd be very pleased when he came back here with his bride. And then here he was: raising his own children on the farm where fate brought him as a child. 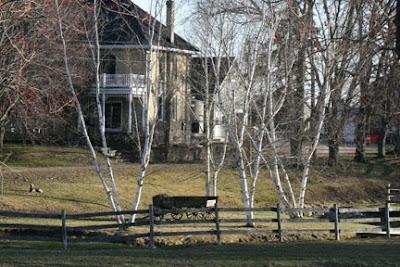 It's that kind of thing that gives me pause when I wander around this old place on a sultry summer evening or when I'm cozied up with the wood stove roaring on a long winter's night. I think of the children: the Mills boys and Alex; his children and mine; and now our grandchildren and the children to come.  It's those kind of memories and visions that makes me love an old, old house, and in particular, this old house.
Posted by EvScott at 1:07 PM

What a bittersweet story. You're so lucky to have such details of your beautiful home.