And this week in Ebay 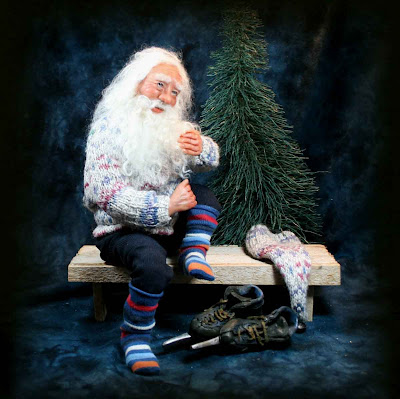 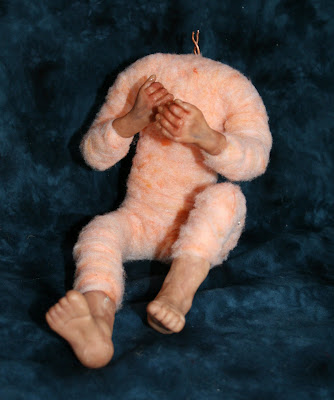 Just in case you ever wonder ... as IF you would be ... this is what it looks like under Santa's duds. He's got a wire armature so he doesn't have to stay in the same position for his entire life. On top of that is polyester batting that has been needlefelted so he's firm. There are so many ways to do a body & I think I've done them all. This way is more time consuming, but once you've made a body like this, it's real hard to go back to any other way. 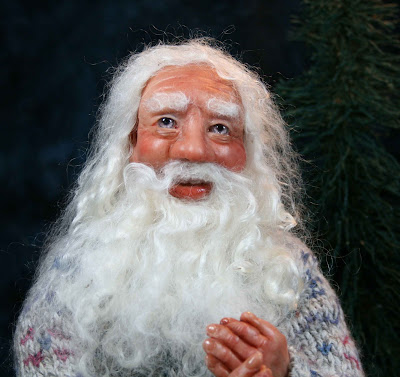 I built this guy around the cool skates that I found awhile back. They're resin but they look so real, like they've been around the rink many times. Gibson happened to have just the right funky socks, so he donated one to the cause. He still has one though & if he takes after his mother, he'll think un-matching socks are far more cool than two the same. 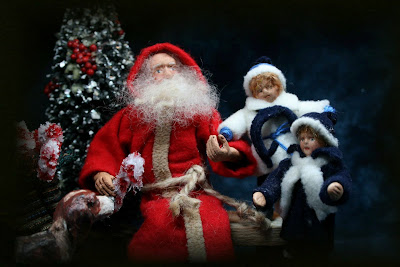 The other two pieces that I have on have little children and dogs. One is a hound - I named him Blue after our first dog, a Beagle. She was our first baby, long before the two legged ones started arriving. 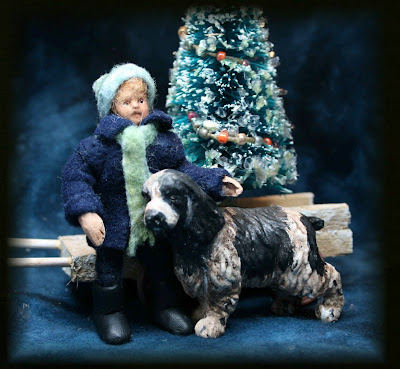 The other dog is a Springer Spaniel - I love those dogs, they seem like they would be a very loyal, loving friend. This guy had to go up without the Santa, because it's been a little challenging to get my work done these last couple weeks, with a darling babe in the house. I have am soaking up and hanging on to these precious moments & squeezing the creating in between.
The Ebay link: http://tinyurl.com/evscottebay5