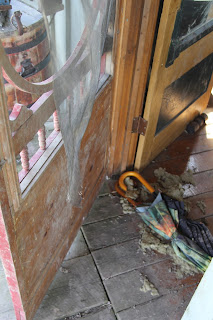 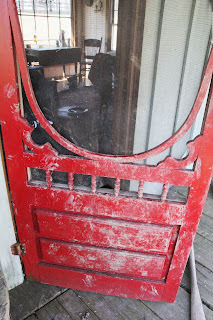 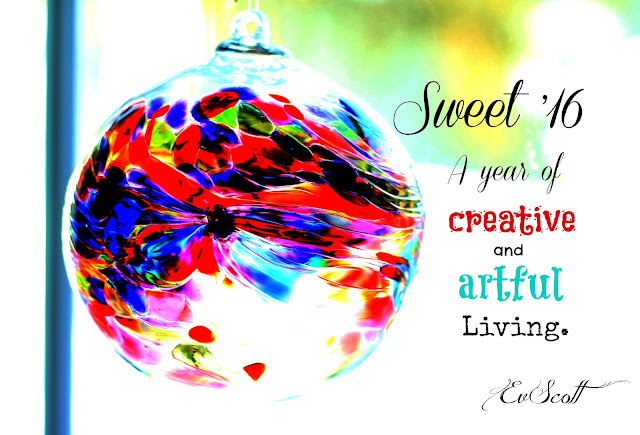 I did my usual 'review' of my goals for 2015 and I laughed out loud. Giving myself marks in each of the seven categories, I mostly got 0. I did get a 3/10 for writing. That was my word for last year and I felt pretty good about it. I only got 3 because I was very specific in what I wanted to achieve, like writing 50 blog posts. I did 9, the same as 2014. I couldn't even manage to up it by one. I could have given myself extra points for trying and actually doing ANYTHING compared to the others. The one that pulled the year out of the fire from being a total wash out was 'FINANCIAL' - I got 10/10. That is because I wrote: 'Oh hell. I give up.' 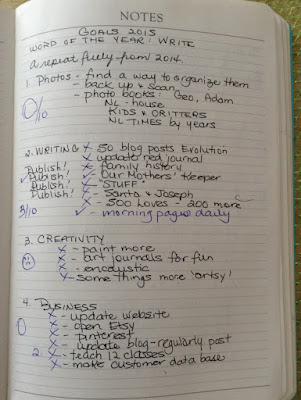 This list is one that I actually have transferred year after year with very little editing or amendments to it. It should be entitled 'Things STILL Not Done'. Or 'What is the MATTER With You - Loser'. That's sort of how I feel every single year when I come to the realization that once again, I have not moved forward in the direction I expected myself to be going.


This morning there was no 'boo-hoo, I-failed-miserably-I-have-to-do-better-next-year'. There was no great introspective examination of WHY I failed once again to accomplish these things that actually are pretty important to me and are actually very do-able. They are not over reaching and unattainable at all.

I was working my way down the list ... Photos; Creativity; Business - etc.  Zero. Zero. Zero. One after another. The most pathetic showing yet. I was about to feel discouraged when I came to #7 and was able to give myself a 10. It out shone everything else. I AM a success! FINANCIAL: 'Oh hell. I give up.' I have. I did. I had totally forgotten that I wrote that. I know that I have felt that, I just didn't remember being so honest.

I will do the list again this year. It's tradition. I will write down specific expectations again. I sort of need that. Although, considering that I actually don't act on one thing, a sane person would have to wonder why.

What is at the very top of my list this year, with great enthusiasm and joy rather than expectation, is my word 'CREATE'. This past year I did not get to my studio to work one single day. Not one. My studio is in my own house, just upstairs and I never showed up once. I missed it. I'm anxious to get back to it; to revive that very important part of my soul. I'm excited! 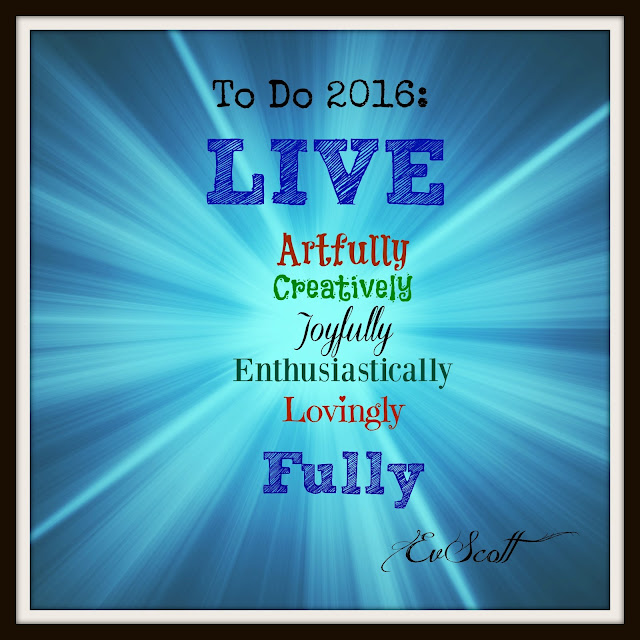 Sweet '16! The year is just hours old and I can already feel a turn towards the lighter, towards the joy of living an artful and creative life.
Posted by EvScott at 11:00 AM 7 comments: