The Challenges of a Winter Photoshoot 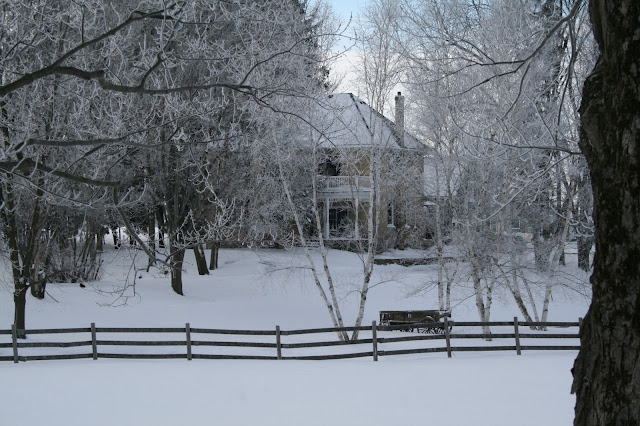 First thing this morning, the rising sun cast a soft pink glow and combined with the frost and low light, made the world look baby blue. 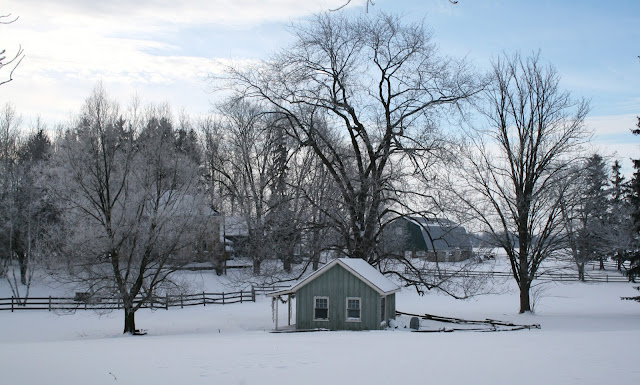 I grabbed my camera, boots and a coat and ran out to capture it.
One shot and my battery was dead. I should know better. 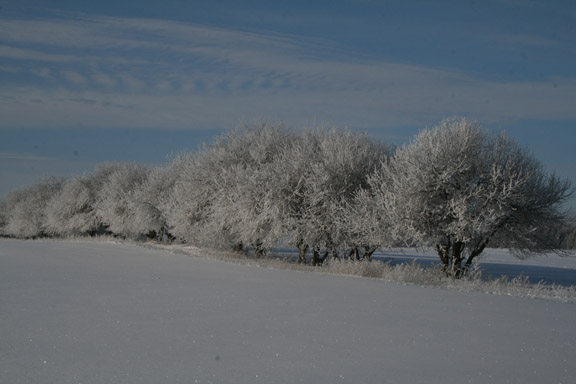 By the time I gave it a quick twenty minute charge, the magic hour was over. 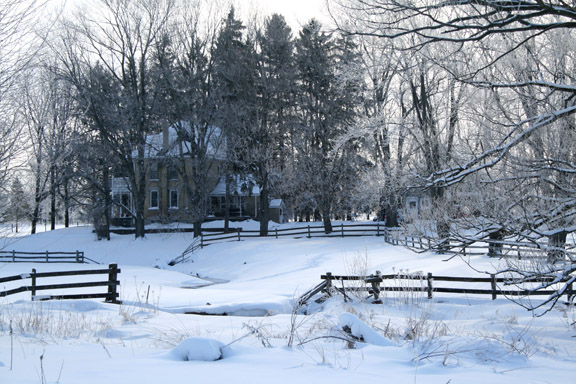 But the day still held photographic promise and out I headed once again. It didn't translate quite as well as I had hoped, it was much prettier in Real Time. But it was still an excuse to get out there in the midst of it,
instead of watching from inside out. 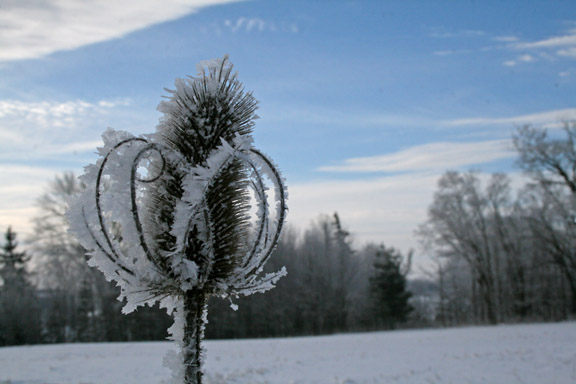 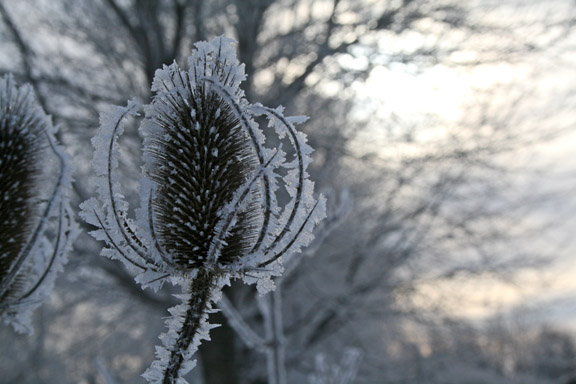 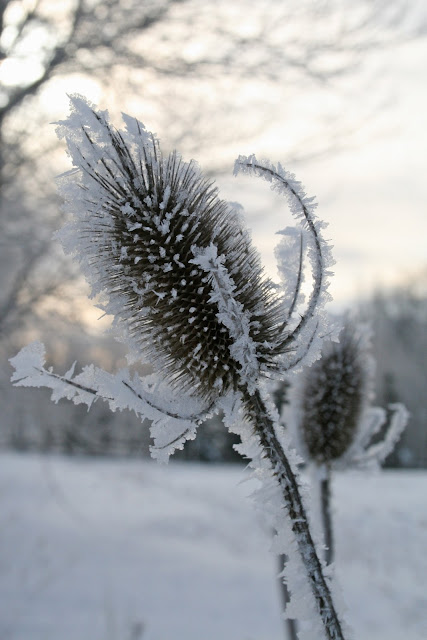 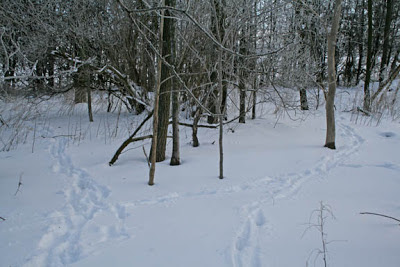 I have never used snowshoes - never had a desire to nor a need. But as I got to following the deer tracks, they were on my mind. I think the deer have a nesting spot beside our house so I wound my way through the thickets. With fresh snow it was easy to follow their paths through the woods, but when they came to the open field I sometimes sunk to my knees.  But I trudged on, enjoying the fresh air and beauty, snapping to my heart's content. 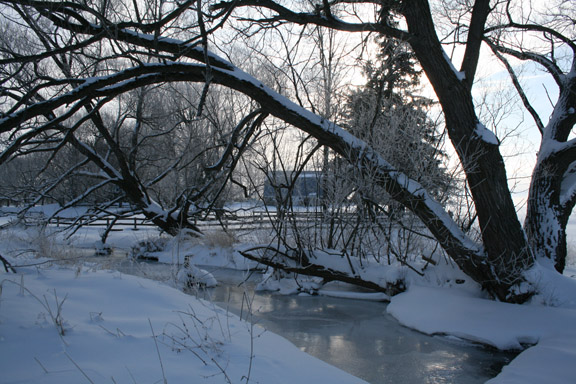 Without warning, one leg suddenly went through the snow - right up to my hip. I laughed at my precarious position, not at all concerned that it would be difficult to free myself.
The important thing was to not get my camera wet. 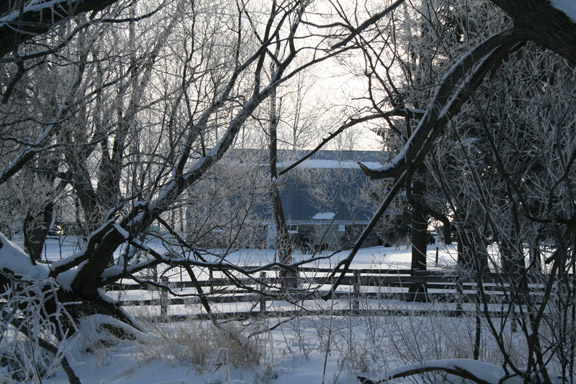 Well, that turned out to be the least of my problems. What I thought was an easy task, was not. My foot was stuck under a branch or something. It wasn't quite as funny then. I was calm, but grew more concerned as my efforts were not successful. I started thinking that I might have to sit there until Brian came home at some point in the morning, and then hope that he could hear me. The thoughts of him laughing at me, or even worse - needing to get a winch to pull me out, made me try all the harder. 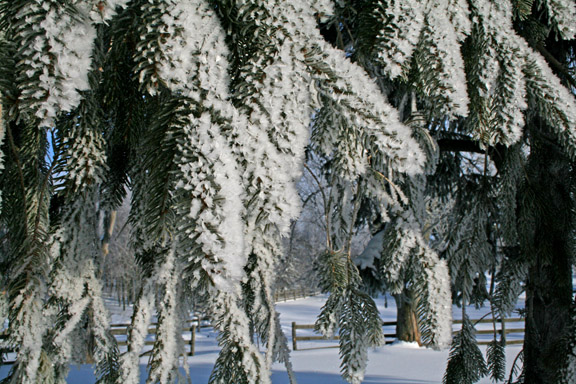 The not-so-bright thing, was that in my rush to get outside, I had not pulled on a warmer pair of pants. I was still in the light pajama ones. Not so insulating. As it grew colder and wetter, I decided it was wiser to save myself and tossed my camera aside. Well, I actually didn't 'toss it' with wild abandon - I reached some twigs and made it a little table. Equipment first.
Then my efforts increased in earnest and eventually I was successful.
And relieved. 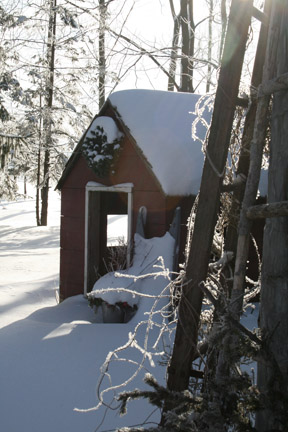 I still snapped photos all the way back. I was thinking though, it's probably a good idea to let someone know when you're out and about, even if it does look like the most perfectly beautiful day. I paid for it later, my whole body being stiff and sore from the awkardness and effort of it all. 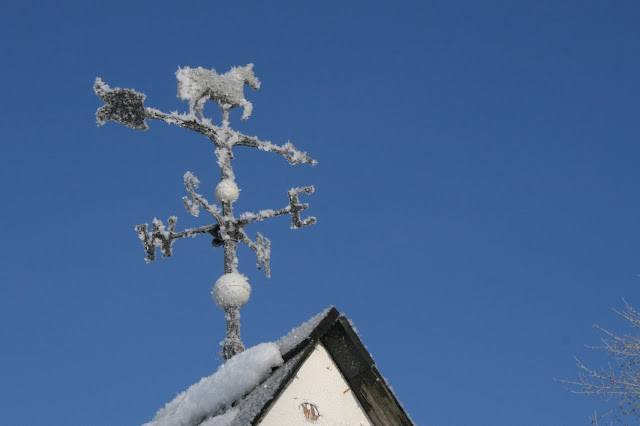 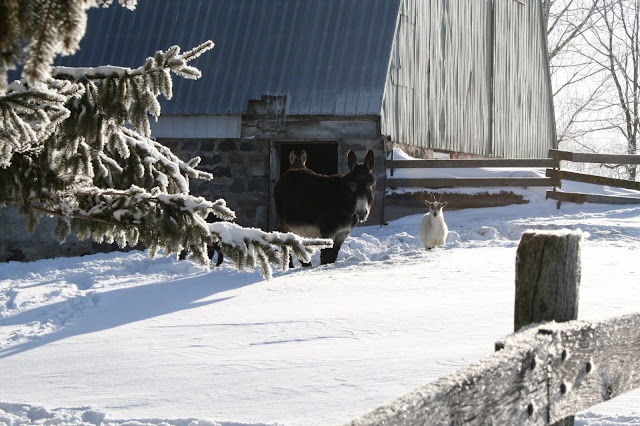 And I suppose, another wise thing would be to take a minute and get dressed. 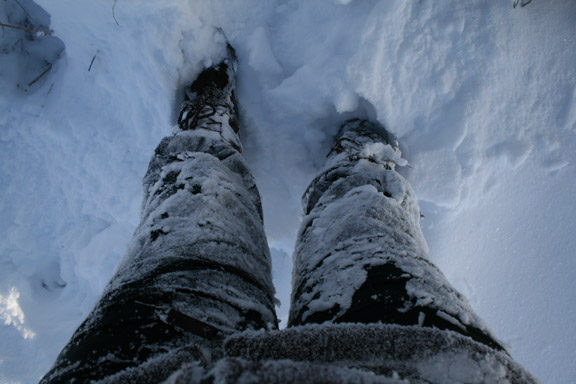