It's Brian's fault really. Last week he told a friend "I can finally sleep without having one eye open - it's been five years since we had a bat in the house".  An hour later, seriously… actually LESS than hour later, what did we have? Yes. we did.

And yes, I know, bats are great and awesome and wonderful and all that. They are a major pest controllers. But if they are swooping around my house, around my head, then they are the major pests.

I never laid eyes on a bat until I was in my 30s. When Brian would tell of the time that a bat was in his bedroom when he was a child, I would pretty well hyperventilate Then we moved into an old farmhouse.


The first bat that I experienced, I was sitting down in the kitchen alone one night while everyone else was upstairs sleeping. Did I scream? Oh yeah. Big time. Had I ever before in my entire life screamed like that? No. Never. Ever. Did it cause Brian to hop out of bed and rush to save me? No. I think the ... ahhh ... okay, keep it nice ... 'silly guy' recognized a Bat Shriek.  Jamie, all of 13 years old, came to save me. "Get your Dad! Get your Dad!" I hollered at her as I cowered under a blanket. What did he do? When he finally showed up, he quickly shut the two doors locking me into the kitchen with a rippin' bat and a dog that was barking and going crazy trying to jump up and get it. Peeking through a tiny crack he said "Just open the door to outside." "Are you nuts?" I screamed at him; that and probably a few other loud and frantic sentences. What happened after that, I don't really remember.  I must have blocked it out for the sake of our marriage.

There were lots more bat stories in the years following. In none of them was he cast as the Hero. One of the most vivid images I have of Brian is seared into my brain. It was one of those 'never un-see it' moments. If I had only had a picture of it, I would have an entire line of cards and posters ... it would have gone viral instantly. 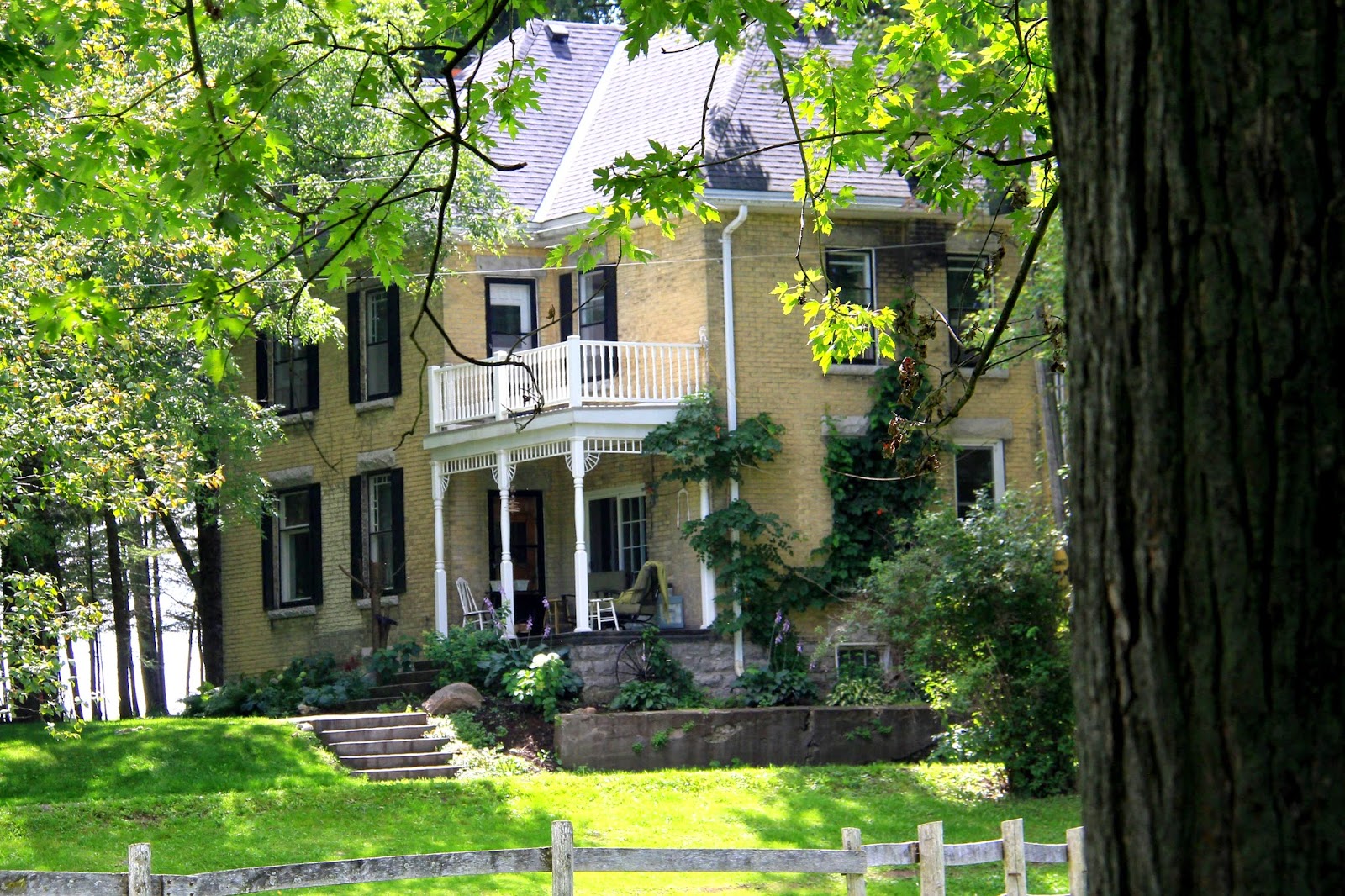 The setting: Our bedroom in the middle of the night. I wake from a sound sleep to the swoosh of air and wings close to my head. Scream ... from me: "Oh my Gawd! There's a bat in our room!!" From under the covers I hear "No there's not." Rapid conversation back and forth, ending with him being forced out of bed to get a badminton racket from the basement. (Yes, I know people, it's terrible but until you have a bat wooshing around your head, don't judge.) I am sitting in bed with all the lights on, covers clutched up around me - blanket over my head. He's taking forever. "Where are you? Hurry up!" I yell - numerous times. He finally appears. Honestly all thoughts of the bat were gone. My fear changed to dismay and laughter ... uproarious laughter. There he was, clutching a racket in both hands - dressed in cowboy boots, a tight leather motorcycle jacket and helmet … and briefs. Bare hairy legs and cowboy boots - a great look - one for the 'fantasy file'. I called to Jamie "Get the Camera! Get the camera!" He calmly and politely asked us to refrain from that. Well, something sort of like that. Then he informed us: "You can NOT do half-naked battle with a bat. Simple as that." That's when the true depths of his bat terror was revealed.

Sometimes we only had one every few years. One year though, we had a number of them. By that time, I was spending a few weeks in the summer in Newfoundland and he was on his own with Bat Battle. He called in a professional ... 'Batman' - that was the business name. He spent a couple hours finding the spot and putting in a system where they could get out but not in again. Cost: $3500. 'Worth it.' my bat beleaguered husband declared.

We been fat-free ever since ... until he summoned them back which his fatal words the other day.
As John Paul and I headed up the stairs to bed there was one swooping around the hallway. Brian was in the bathroom. "There's a BAT!" I hollered. "No there's not!" he yelled back. I knew instantly from his tone that he knew full well there was a bat. He was HIDING in the bathroom. John-Paul high-tailed it out of there. 'GET IT!' Brian shouts at me. "WHAT!? YOU get it! YOU were the one who just put it out to the bat-gods and caused it. YOU get it." "Get a badminton racket!" he shouts. "We don't HAVE any badminton rackets anymore. We haven't for years now. We are Bat-Free, remember?  Three thousand, five hundred dollars - lifetime guarantee - remember?" 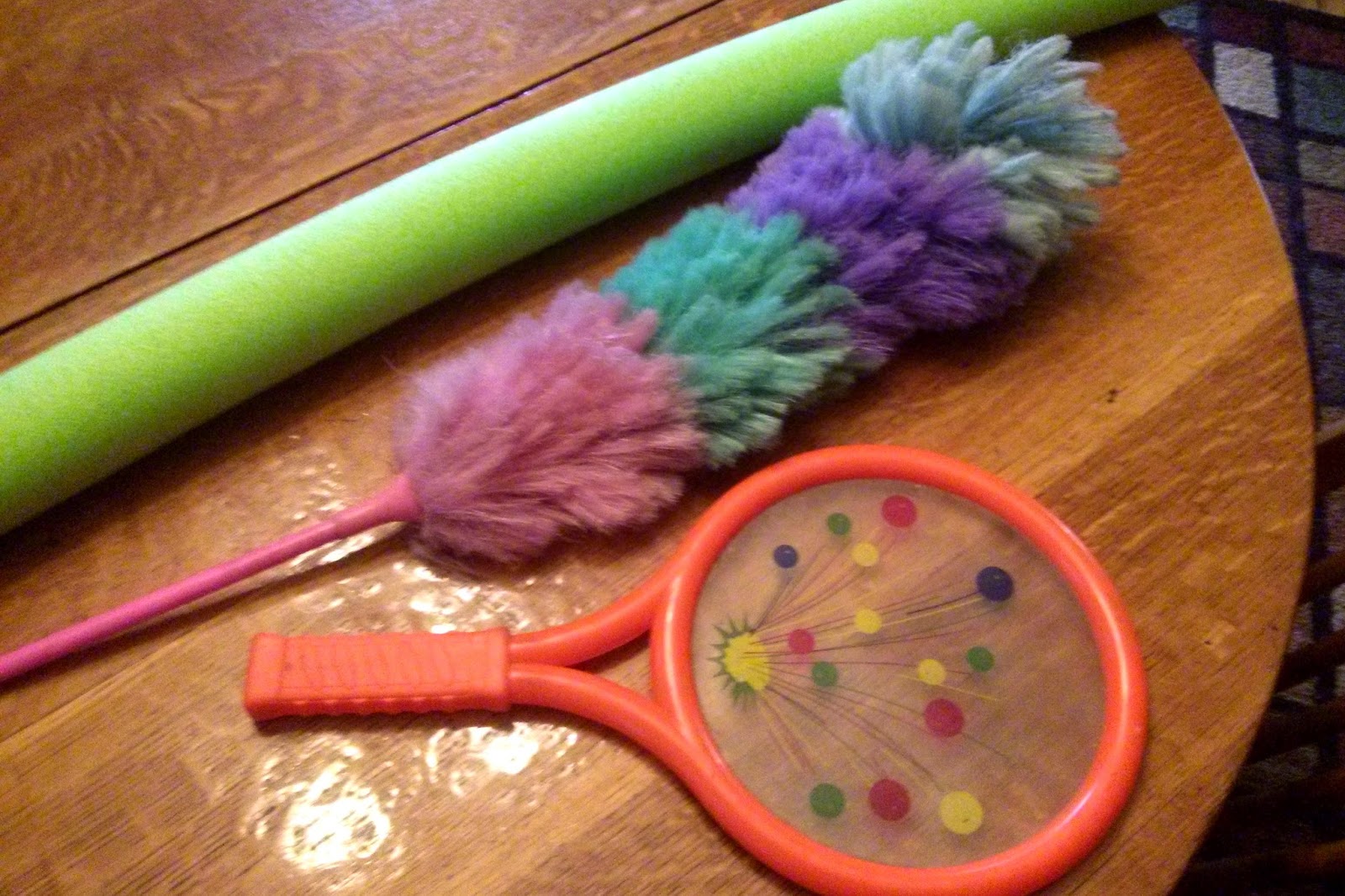 I searched the basement and came up with the only things I could find. He wasn't impressed. The only other thing was the broom. In the end, that was what stunned the creepy creature resulting in his removal. But there was no convincing John Paul that it was safe to enter the premises again. Even cheese couldn't coax him in. We had to actually pick him up and carry him in. He has made the kitchen couch his personal bed for the last couple months, but that night he got in bed between the two of us. He's not taking any chances ... he's moved back into our room.

That was last week. This week, JP and I have been on our own while Brian has gone fishing twelve hours away. Yep ... you guessed it. Bat fun again. No main man to defer to and no help from the four legged male. Dog gone. I opened the upstairs balcony door then went into the bathroom with the little sucker ... actually he was a BIG sucker - wing span on him of three feet ... well, maybe a little smaller than that but he was HONKIN' HUGE. There's not a chance that Brian would have ever been in a five foot space with a swooping bat.I can't say it was one of my favourite tasks but I had little choice. With a towel over my head, I took another one to flap at him to drive him out into the hallway towards the open door. Darned if he didn't get caught up in the towel which fell right on top of me. We both went tumbling into the bathtub. I got out faster than him. So I got the broom. I tried to get him to hang on to it so I could 'walk him' out the door. He refused ... very loudly and angrily. I think I know what bat swearing sounds like. 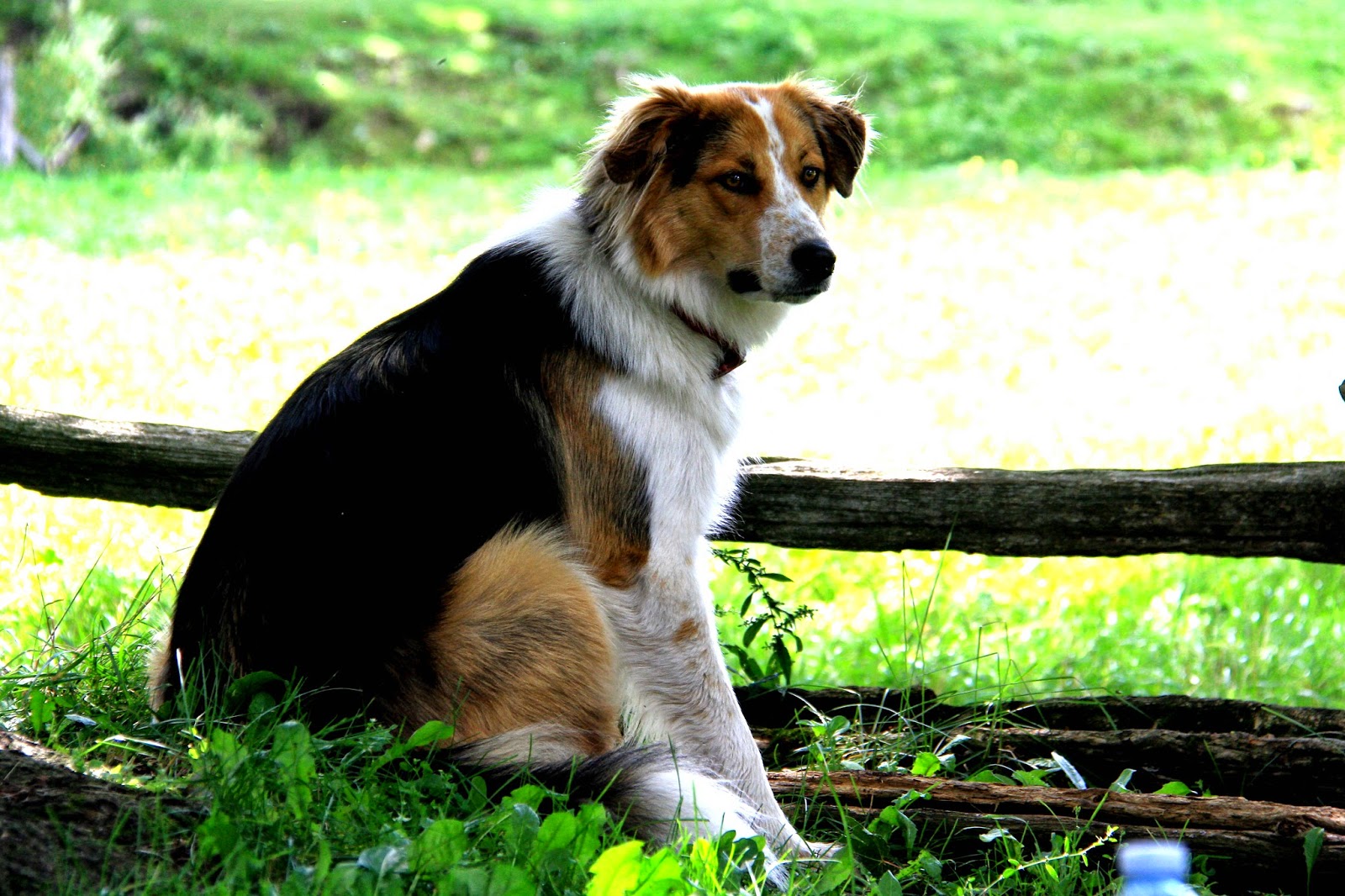 There's always a way to solve a problem if you remain calm and think - and it helps if you are highly motivated. I was expecting a guest for dinner and an overnight stay any minute. She would have simply freaked and ran if she knew we had a bat in our house ... Ever. I shut him up in the bathroom and went to the pond for the fish nets - two of them. I stuck one over top of him and slid the second underneath, walked him to the balcony and set him free.  There he was, zooming away with his three foot wing span as she drove in the driveway.

I didn't say a word about it and neither did JP. That's because he was outta there.

It won't take too many more bat adventures for Brian to be searching the internet for a new Batman. Or a new house.

I am giggling at this funny story!! Don't get me started on bat stories - the farmer and Brian must have gone to the same school ha ha!!! Oh wait, they did!!!
That's an amazing picture of you and Ashley and the bat!

Maybe something traumatic ... or traumBATic DID happen at school, Rosella! Farm boys - you'd think with all they did do, can do, will do, that a little bat wouldn't cause that much concern. lol

Jaime & Alyssa were taking the pictures at the same time, Jae happened to catch what Ashley was starting to freak out about ... I didn't even see it coming.

Oh Ev, this was HILARIOUS! you know how to write a story! I could picture of you and the bat in the tub with the towels, OMGee!