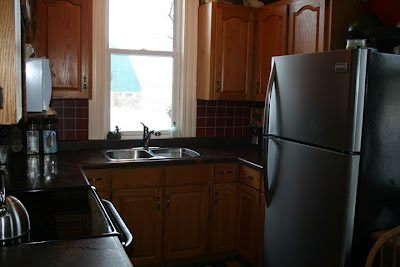 Okay … I really am losing it. Third thing I’ve done with paint that was wrong, wrong, wrong.


Even a three year old wouldn’t help with this one. Well, actually – maybe they would. The fact that it looked like a massive candy might have garnered points. 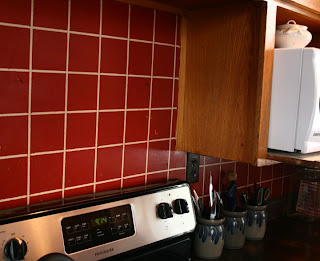 I wanted something different than the tiles that I had painted – something not so predictable. I did a big stripe and two little stripes with masking tape. It took me ALL day and into the next by the time I got it measured and painted three coats. But OMG.  My bathroom paint was accused of hurting one’s eyes – this not only did that but also caused hallucinations. Once again – NOT the look I was aiming for. 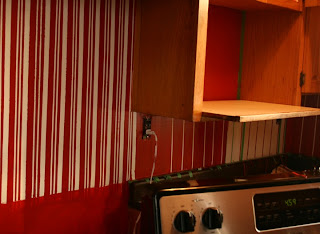 It was getting dark; I had ten minutes before I was being picked up ... I sloshed a coat of paint over it to get a start on the next day and basically to make myself feel better. Then I noticed that it was orangey and toned the whole thing down so I left it. I like it. The reaction I've gotten is: 'I really like the backsplash’ – which is a darn sight better than “It hurts my eyes!!!” 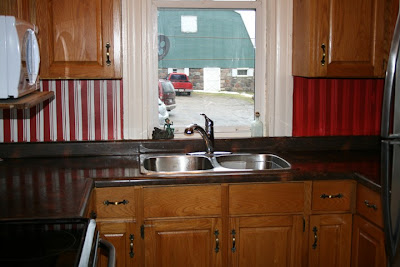 Perhaps I’m moving back to how I used to be able to paint creatively. I used to paint everything I got my hands on and was relatively successful with it. I just haven’t done much of it lately and I have obviously lost my intuition and colour sense.

After regaining a little confidence with the wall, I tackled my ugly, non-descript mirror.
I spray painted it black – left some gold, then dry brushed the red kitchen paint over it. I like it.
It’s about time. 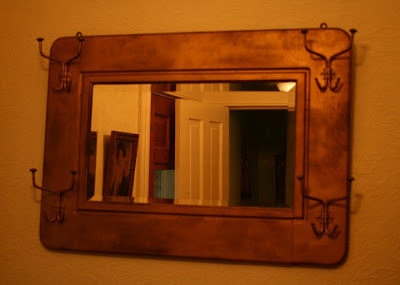 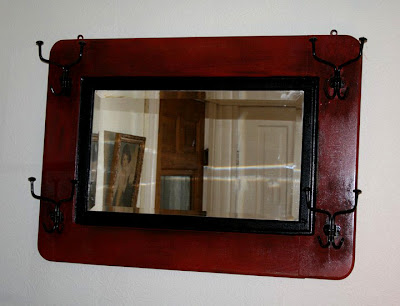