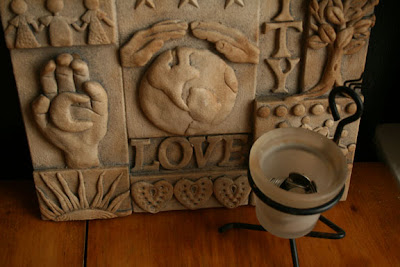 A friend of mine hesitantly shared something with me one day.  ‘I wouldn’t tell just anyone,’ she confided, ‘but I know that you’re open to a lot of stuff. Some people might just think that I’m nuts.  ‘T’ is sending me dimes.’

‘T’ was her very dear friend who had been tragically killed in car accident a few months earlier.  My friend explained that she had heard that those we love send messages from the ‘hereafter’ – money or feathers being the most common signs. When she told me of all the strange places that she kept finding dimes, I had to admit that it peaked my curiousity.  As if to prove the phenomenon, not long the conversation, we came back to our car to find a single dime sitting on her seat that was definitely not there when we left. ‘Thanks T.’,  she said. 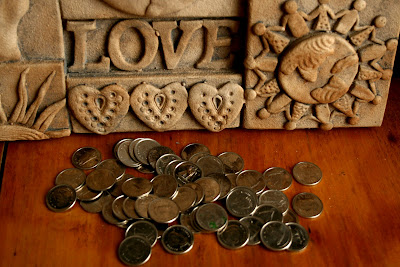 I started paying attention to the dimes of my life.  Sure enough, there they were – in the most unexpected spots.  I’d open the car door and one would be lying in the gravel. I’d find one on a kitchen shelf, on the freezer in the basement, on my bed, in a shoe, sitting in the middle of the bare kitchen table. Like my friend, I keep all my dimes in a special container. Unlike my friend, I don’t have any clear sense of who could be sending me a little reminder that I am still on their radar.  When I get one, I hold it for a moment and think of the many people that it could be, the many loves I have lost, and I say ‘Thank you for thinking of me, whoever you are.’ 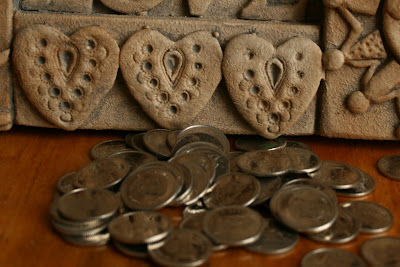 Sometimes I think I might know who has sent the message. Last year, at a very significant time for which a key person was missing, I had a single dime stick to the outside of my purse. I chose to believe that their spirit and support was with me and it gave me strength and comfort. I didn’t remove it and it hung on there securely for over two months; they were close to my heart that whole time.

A few weeks ago I wrote a story for a workshop that I was participating in. It was a very personal story that involved a number of people who have passed on. I went places with it that have not been visited for many, many years. I spent hours thinking about it and gave voice to a perspective that most likely hasn’t been recognized.  When I got in the car to go to the workshop and share what I had written, there on the seat of the car were four dimes.  Indeed, there were four major characters in the story and I wondered if it were possible that it was a message of thanks for recognizing and acknowledging what I had. I like to think so. 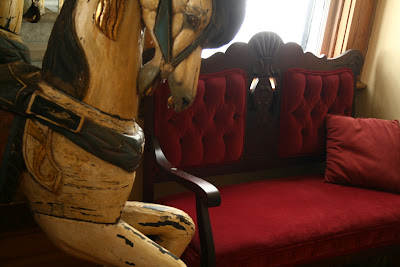 The other day when I came downstairs, there was a dime lying all alone on the arm of settee in the hall way. It was hard to miss and I know that I would have noticed if it had been there the previous day. A few feet away, on the top edge of the wainscoting, there was another. Before I collected them, I snapped a photo and decided, even though I’m risking people thinking/knowing that I am a half bubble off plumb, that I would share the ‘Dimes’ story. 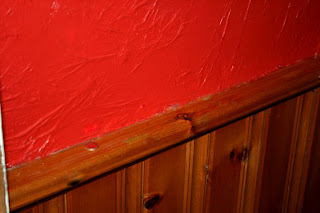 Weird or totally off base, it doesn’t really matter. For my friend and I it is a little token that makes us stop for a moment and think of someone that we hold dear, someone who was once very much part of our life. It is confirmation that they still are with us. For us it seems to be dimes. Consistently dimes – never a quarter or penny or nickel – always a dime lying conspicuously where it shouldn’t/wouldn’t and sometimes, couldn’t be.

It keeps our eyes and our hearts are open all the dime.

Addendum: February 29th ... dime fell out of the pack of Excel gum when I slid it open. Explain that one, will ya.

If I had read this on anyone else's blog, I would have dismissed it as nonsense. I can't explain why it holds water when you tell it, but it does. I have heard some of your stories that make me think of this, and I can only think that you may be particularly receptive to this kind of contact. I know you are a very spiritual person and that in itself would seem to be enough to make it so. I'm so glad you are blogging again.

I think I can perhaps explain it ... 'Ev, it's for you.' ... comes to mind. lol And numerous conversations & St. Anthony & your phone. ;-D Remember that? I certainly do get my share of connections ;-D Thanks for the encouragement :-)

I sure do remember those occasions and a few others that you told us about.