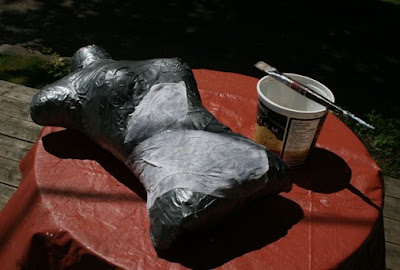 They were discussing the proposal of a fall show at the Gallery meeting the other night. I made a comment that it was a fairly short window with it being summer and people not working much. They looked at me like I was nuts.  Someone commented that they got more done in summer than at any time.
Hmmmm.  Novel concept.  It turns out that what is Summer Mode to me actually may not be the norm after all. Who knew? I thought in this country, with summer weather so short lived, that pretty well everybody was on one big long holiday.  I belong to an on-line artist's group where they totally put me to shame with what they produce consistently all year round. I was writing it off to the fact that they are probably from states in the US where they take warm and beautiful weather for granted. I'm just in a different ballpark, swingin' to my own pitcher; and when the weather is nice, I am staying outside even if the rest of the team has gone home. 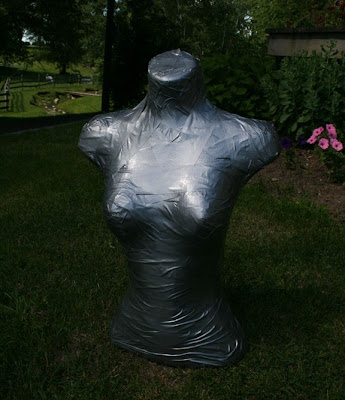 I guess it stems back from the days that the kids were home. I loved when school ended and we were able to stop making lunches, stay up late, get up later – throw all the routine to the wind and just enjoy what each day brought.   By September 1st, I was quite happy to get back into routine and have a semblance of order back in our lives. And get back to work. You're supposed to work in the fall. You're supposed to play in the summer.
The kids are long gone and my days are my own.  Work for me is actually play. So why have I kept with the mind set that one need not/should not ‘produce’ in the summer? It’s growing time, not harvesting time. But come to think of it, the seeds were technically supposed to be planted in spring. The farmers work like crazy in the summer - the crops start coming in early June. So there goes that excuse. 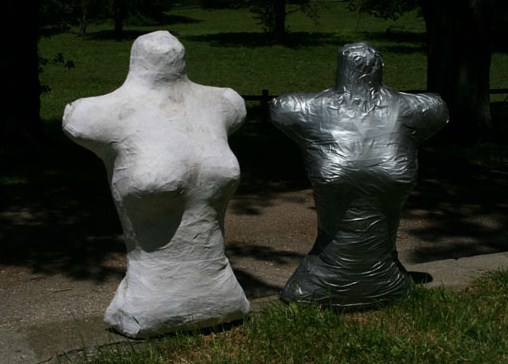 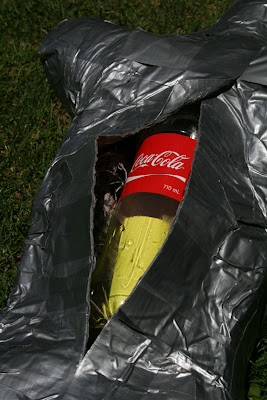 So this week I have focused on trying to shift my mind set. I started creating a display Judy for our wearable art show in September. Yes, I know ... AHEAD OF TIME - another novel concept.  I was having so much fun that I made two. And then the next thing I knew, I had the seed planted for the show In October that I was thinking that I wouldn’t have time for.
Now, chances are that I may become side tracked. Someone might want me to go off on an adventure. Or the hammock may call me. And I do only have 12 days until I head off to the Rock. My best intentions may not actually come to fruition until harvest time anyway, but I am giving it a shot.
At this very moment I am keen. I am motivated!   I am working!! 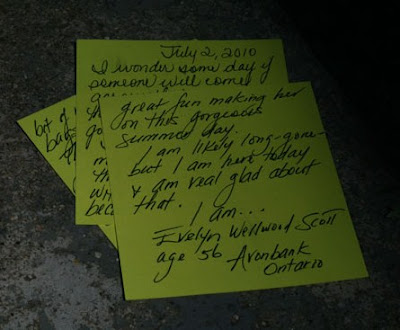 I suspect, one day down the road, these things will end up in the dump. But just in case that someone like me comes across them - someone who can't leave well enough alone and tears everything apart to either see what's in it or to give it another life ... I put in a message in a bottle. I wonder, wonder, wonder if it will ever be discovered.
Posted by EvScott at 7:12 PM