Confessions of a Nail Biter 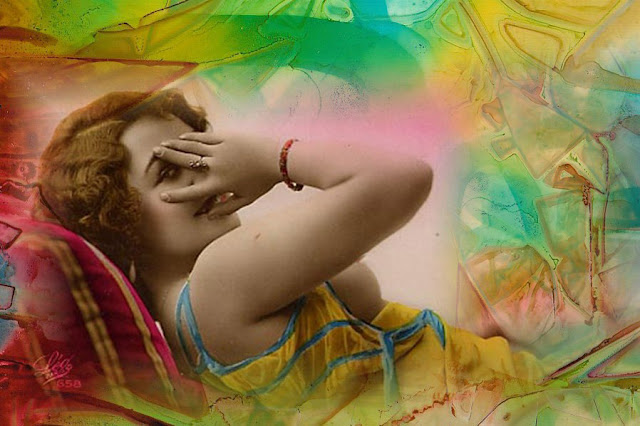 I blame my Aunt Jessie. Well, actually she wasn’t my real aunt. She was one of those people that your mother made you call Aunt because she was too close to call ‘Mrs ….’, and back in the 60’s, you sure wouldn’t have been calling any adult by their first name. At any rate, I have assigned to her, the blame that I am a nail biter.
I remember it, clear as a bell. I was five years old. My mother was expressing concern that I had started the horrendous habit of biting my nails. Aunt Jesse was the epitome of fashion and grace. My mother wore a house dress and apron and always looked like she was in the middle of doing laundry. Aunt Jessie wore high heels, had brilliant red nails and looked like she never had worked a day in her life. And she always smelled good. She said to me – and I quote:  “If you stop biting your nails, I’ll buy you nail polish.”  I did. She didn’t. 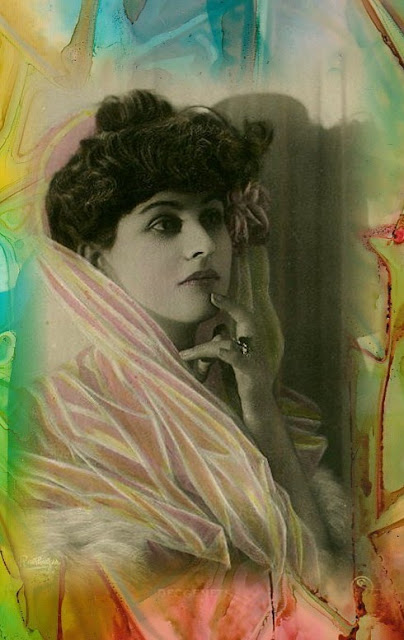 I know that I resumed biting them out of spite – I specifically remember that. I learned a very big lesson out of that betrayal, besides ‘don’t trust Aunt Jessie’; I learned that you never, ever, ever promise a child … or actually even just tell them, because technically she did not promise; that you will do something and not follow through. You might think that it’s not all that important – like a 19 cent bottle of nail polish - but chances are, a half century later that child who is now an old woman, is still going to hold it against you. AND you might be responsible for some sad, disturbing affliction that hounds them their entire life.
I’ve tried to grow my nails a number of times over the years. They are either soft or brittle; they tear or the layers separate and I get to picking at them and that’s the end of that.  The work that I do hasn’t helped.  I’m usually into paint and stain and glue and heavens knows what. My sister, who has always had beautiful nails (because Aunt Jessie didn’t mess with her head), once said to me when we were on our way to a big show that I was doing: “You’ve got to do something with your nails. You can NOT do a show with hands like that – they’re terrible!!”  I politely informed her: “These are the hands of a Working Woman.  These happen to BE my hands and no one has to look at them if it bothers them.”
Truth was though, I really was embarrassed by them. I made my sister promise that if ‘ something happened to me’, that she would buy some of those glue on plastic nails and take them to the funeral home and make them stick them on. Either that or mitts. I could just see it …me laying there & people saying ‘Oh, doesn’t she look lovely … but those HANDS!!!’  And I’d pop up and say “Blame Aunt Jessie.”
It troubled me so much that I did in fact start ‘doing something about it’ when I was destined to be Mother of the Bride for the first time.  I got those wonderful professional acrylic nails and for almost seven years, I went to the nail salon monthly. It just tickled me. I would catch a glimpse of my hands on the steering wheel and I’d be pleasantly surprised each time and think ‘Whose hands are those??!!’  A LADY’S hands!!  I was pleased as punch with them.
But, like all good things, it came to an end. Seven years is a heck of a long time to have plastic glued to your fingertips. As much as I enjoyed the experience, it was time consuming and expensive.  I figured that since I had not bitten or picked at my nails in such a long time, that I was free and clear of that nasty habit. 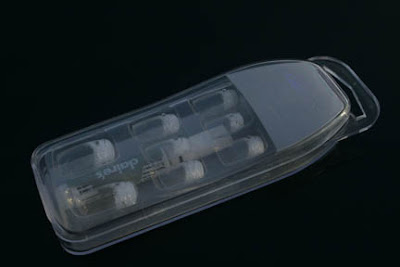 WrongL  Sure enough, my real nails were still soft – they’d grow a bit then bend and I’d start working away on a little crack and once again ... that was the end of that. Last year, for Ashley’s wedding, I actually went out and bought those do it yourself glue on babies because I couldn’t get into the whole acrylic thing all over again.  Trouble was, I got too busy and totally forgot to put them on – they’re still sitting up on my dresser.  I swear I heard people saying “Oh, doesn’t she look lovely … but look at those HANDS!!!”.  I grumbled, ‘Thanks a lot, Aunt Jessie L.’
So … and this is the point of this lengthy yattering … my nails started growing in . Ever since I’ve been home, they have continued. They’ve been wonderfully strong – actually, as strong as the acrylic ones. They didn’t bend, they didn’t get little cracks at the side, the cuticles have been good and I haven’t had anything to pick at. Now granted, I also have not been working with paint and stain and the like, but still – they are definitely different.  I seem to be still habouring deep resentment for Aunt Jessie, so I’ve been trying to think what else could have caused this wonderful phenomenon.  I have finally figured it out.
It was the Guinness. It’s gotta be. I am not a beer drinker – the only time I like a cold one is with chicken wings, which comes to about two a year. When I was in though, I made it my mission to have a Guinness each and every day, the intent being a daily pub experience as opposed the taste of the beer. It had to be Guinness – had to be authentically Irish. I wasn’t keen on the flavour to begin with, but it was one of those ‘when in ’ things, so I forced it down. Again and again.  I started with a half pint, got up to a full pint and one day in fact, I had TWO.  I swear, that must have done something for my nails because they’ve never been as healthy or strong. 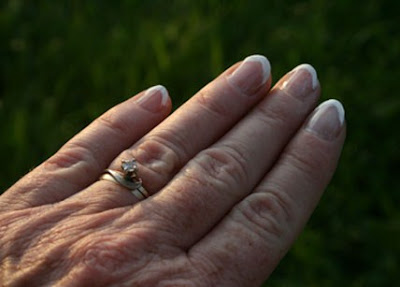 But, the worrisome thing is that it’s been six weeks since I’ve returned from and the effects seem to be wearing off. I'm afraid that my nails might be going back to how they always have been – they’re bending a bit now and that’s got me concerned.  Fortunately though, my youngest works in a pub and she tells me that they do indeed have Guinness on draught – I don’t have to go all the way back to . I may just have to adopt a visit to her as part of a healthy nail regime. So there you go, Aunt Jessie … now you’ve turned me into a beer guzzler.
Posted by EvScott at 7:25 PM

From one nail biter to another, I feel your pain! A few times I was able to stop (like when my hands were full of a newborn all day), but like yours, they're soft and always ripped. I'm so used to looking at them, that they seem "normal" to me, but once they grew, I saw them in a whole new way. EW! I'll never bite my nails again. Never say never.

Thing is, most of the time, I don't even realize I'm doing it until Ted throws a pillow at me. And it usually happens when I'm reading, watching TV, basically anytime my hands are going. I've tried everything.

We all have our vices!

Oh yes ... READING is especially deadly!!!! Sounds silly, and only someone who knows the challenge would understand - but I find one of those little plastic stir sticks are good to chew on. We should invent chewable bookmarks!