A milestone is a marker; the end of one thing, the beginning of another.
I am approaching a big one and working on embracing it. I didn’t mind at all turning forty. Fifty, to be honest, bothered me. Suddenly 49 sounded young and 50 – old. A half century. That IS old.  It was just the months ahead of it that were troubling. By the time it hit, I had filed it under ‘Oh well, it beats the alternative.’ It took another five years until I was ready to actually celebrate it … and that I did. I also settled very comfortably into it.

I enjoyed the entire “F Series” – forties & fifties. I loved them. I reclaimed Me. Actually, I found Me. I had no time for that at all in the T Series – Teens, Twenties, Thirties … three decades of getting established, of ‘becoming’. You would hope that would be quite enough time for that.

By the ‘F’s’ – I was. I am.  Still growing, still becoming – that never ends. But it’s with a different perspective – a cultivated and nurtured wisdom in knowing some of the things I have been blessed to have been allowed to stay here long enough to garner. 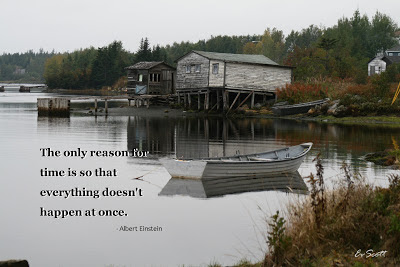 And now, I approach the ‘S series’. All too quickly.Yes, ALL too quickly. I remember my Dad on his 74th birthday saying to me: “You won’t believe how fast it goes.” I was twenty six. Years were longer then, and although I heard him, I didn't appreciate how true his words were.

I have been less than enthusiastic about the approach of Sixty.  My friends that I went to high school with are still teenagers in my mind; my college friends the same. In my head I am the same age as somehow my children have gotten to be. Although my body would beg to differ. Sixty sounds old. Although, I am sure on my 70th birthday it will sound young, just as 50 does to me now. 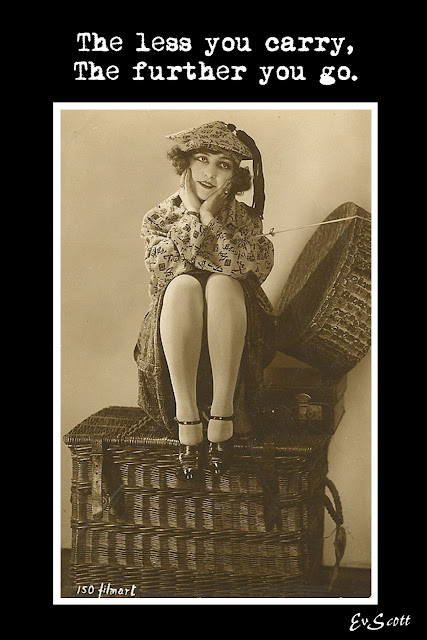 Then I thought of my Dad, who bought a farm at 62 and started a whole new life. And his sister Ruth, who celebrates her 96th birthday the day after tomorrow – not only with excellent health, but with a vibrantly rich and full life. We're having a pajama party for her birthday. She would think that 60 is still a child.

I have switched gears. I am going to EMBRACE 60. I’m excited about 60. If I say that often enough, I will convince myself.

What I have determined to do is to unload some stuff that I have been dragging along with me through my Ts & Fs. The Ss are going to call for a lighter load.

I have numbered the calendar.
I have 200 days to unpack.