Speaking of the pleasure that I get by sitting with my journals – holding in my hands my “time” … I’ve been doing a lot of thinking on that. 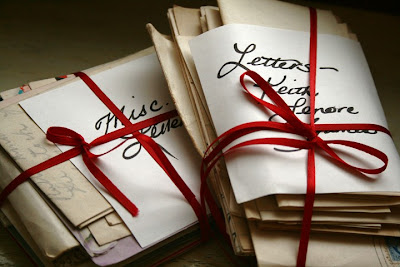 There is such a difference between a typed document or the written page. The words are there. The story is there – the feeling, the emotion, the lesson, the intent – it’s all there, for sure.  But there is something innately different about holding something in your hands that someone has written.  It’s something that will be lost when the day comes that every single thing we do is on the computer.

We’re almost there already. Certainly the young ones are.  E-books are already threatening publishing companies and traditional book stores. Newspapers may go the way of the dinosaur.  The ease of access to every single thing at every single moment is nothing short of miraculous and awesome. I love it. It has opened the world to us. There is not a single day that I don’t ‘Google’ something, learn something that I hadn’t planned or met/connected with someone I would otherwise not had the opportunity to. When I think back to the Pre-Internet days, I wonder how we ever managed to run groups and organizations effectively, to promote and market our businesses and goods and what we were doing with all our hours that are taken up now engaging and connecting with our friends – old, new and virtual. 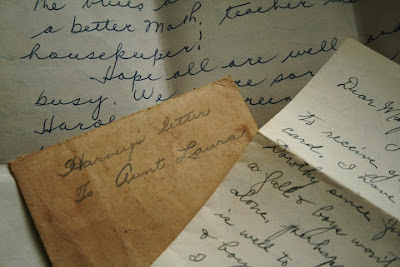 Indeed, I love the whole technology thing. But you know, it’s not the same as the written word. Not the same as a real book, a real letter, a journal – a tactile object that someone has held in their hands, has run their hand over line after line. There is a feel to it … the cover – the more worn the better; the paper itself … ink smudged by a teardrop, a coffee stain, dog eared pages, underlined words … telltale signs of humanity left for the next reader. The book holds its own energy, its own history. A computer screen does not do that.

You cannot run your finger over the screen, like I do the paper that my mother has written on … touching it and contemplating the fact that SHE touched that same paper – her thoughts placed upon it by her hand. I picture her doing it and I am moved by the fact that it has travelled through time; that a little piece of her spirit survives as I hold her actual words in my hands.

We have reams of the written word on the internet … literally reams.  But how much will survive?  I can’t relocate an interesting antedote that I read a week ago, let alone five years ago.  Really … how much do we think to print?  Me … not a thing. Even stuff that really interests me – I just assume that I will be able to find it again. But in reality, I just have too much to keep track of now.

Yes, we gain a lot with in our computer world; but we lose something too.
Posted by EvScott at 4:15 PM