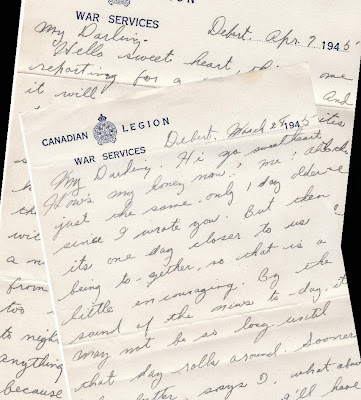 One day, when I was a teenager, my mother ventured into the storage room that she had aptly named ‘The Hell Hole’. It was a room in the basement piled sky high with mountains of stuff. If it was consigned there, it was never seen or thought of again. There were times that I was keen to explore it and see what secret treasures it held, but it was impossible to get further than three feet past the doorway. "You take your life into your hands when you go in there." my mother would rightly declare.
It was therefore quite remarkable that she had found and dragged out an old wooden trunk. There were hundreds of letters, tied in bunches with ribbon, which she was systematically destroying. I asked her what she was burning. “Letters from your Dad when he was in the army.” she replied. This from the woman who had invented the Hell Hole and filled it to the brim with every little thing that had ever come into her life, or ours. And I really do mean 'every little thing' - the Hell Hole would have qualified for the Hoarder's show.  “Don’t do that!”  I protested. “Why would you burn them?”  “Because they’re mine and they're personal.” she said with surprisingly little emotion. A strange and unfortunate moment that I wished that I had not witnessed.
She missed two. We came across them when we were cleaning out the house.  I have them and likely should feel guilty, but I don’t.  It has given me the smallest glimpse of their life during those years.  They are crisp and unwrinkled. I picture my Dad writing them on his bunk, and my Mom reading them over and over, running her fingers over the words. That they have remained in such pristine condition for 65 years is amazing. 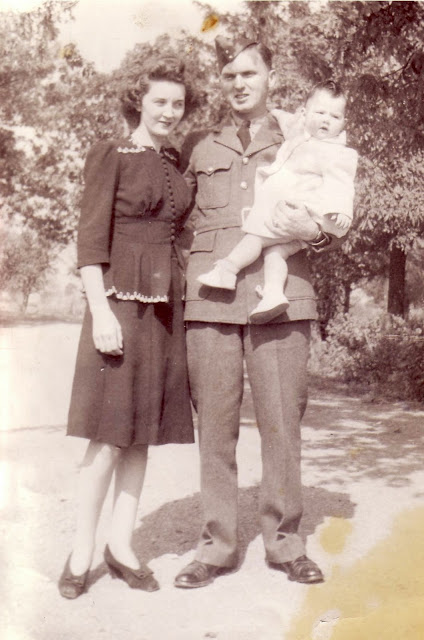 My Dad did not go overseas because of medical issues, but nonetheless it still stole three years from them. They were newlyweds with a baby girl, and being stationed in Nova Scotia would not have been much different than being across the sea in terms of travel and communication. No Skype or email.
The story went that when my Dad had originally gone to sign up, which would have been before he was married, he was told that he was not eligible because of a past injury.  So he carried on with life, and was totally blinded sided when one day just months after they were married, he was met at the track by uniformed Military Police with a warrant for his arrest. Apparently, a conscription letter had been sent to him at my Mom’s family home in Toronto. Her sister, thinking that he wouldn’t have to go if he never got the letter, had destroyed it and never told anyone. There was little time for goodbyes as they shipped him off, leaving Mom to manage on food stamps, in a strange town far from both their families. The only person that she knew was their landlady, Mrs. Culbert. In my mind, I picture this woman I never met to be an elderly angel because I have a feeling that she saved my Mother's sanity during those years.


I’m so glad that the two letters survived. It has given me an image of my Dad that I never got to see – a young man deeply in love and missing his wife. My Dad was not young by the time I came along. His written words were brief: 'To Ma: Love, Pa and the Kids'. He was witty and silly, he was not mushy or demonstrative, so his romantic words to my Mother are a real treasure. Perhaps it was that which made her uncomfortable sharing them; or maybe it was just a weak moment more to do with something else that was going on in her life. At any rate, it still is a curious thing to me and I am ever grateful for the two I have. I share a snippet of them with my apologies to my dear mother: "Sorry Mom …but I am the Keeper of the Memories now and I think it’s important that our generation and the next and the next, understand and appreciate the sacrifice that you all went through – even those who did not fight and those who waited at home. We have the responsibility to keep the humanity in history - the faces; the voices; the tender hearts." 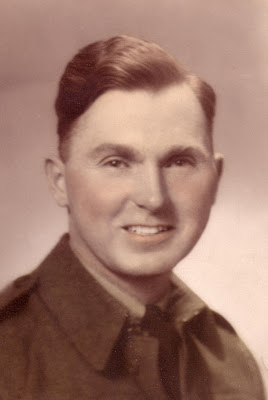 Part of a letter is dated :
My Darling:
Hi ya sweetheart. How’s my honey now?  Me?  Ah, just the same – only 1 day older since I wrote you.  But then its one day closer to us being together, so that is a little encouraging.  By the sound of the news today, it may not be so long until that day rolls around.  Sooner the better, says I.  Guess I’ll have a little trouble writing, cuz there’s a few sitting around here shooting the sh--, and you can imagine what they’re talking about.
I just remembered Darling that it’s getting around Easter again and I’d better send this card. It isn’t so good, but at that I’m kinda lucky to have it.  Anyway, I send it Darling with my deepest love and best wishes for a happy Easter. Surely by next Easter we’ll be settled together and happily for life.
We have been thinking at each season; anniversary, etc that we would be together the next one, but they still keep going by with us miles apart.  Surely, our luck will soon change, Darling, so keep your chin up for awhile yet.
My Dearest, I had better sign off for now because this will be too heavy and I am Scotch and sending this with the card.  So my beloved, I love you with all my heart, body and soul. Also the girls.  I miss my family plenty.  For tonight, as always, my love:  I love you. Good night; sweet dreams; God Bless my family.  Love and Kisses xxxxxxxxxxxxxxxxxxxxxxxxxxxxxxxxxxxxxxxxxxxxxxxxxxxxxxxxxxx   Harold
(four days before their third anniversary) 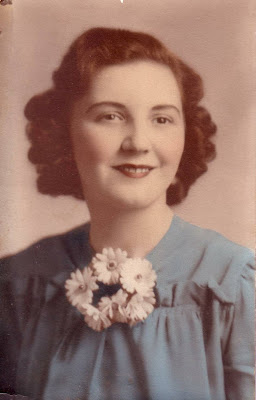 My Darling…  Do you remember ? That was the day you put your foot in it, eh!  In one way it seems ages ago and in another it seems like only a short time.  Guess if we had been together all the time, it would have seemed much shorter.  Gee, I hope that we spend more of the next three years together. If not, I don’t know what I’ll do. Surely the Good Lord won’t keep us apart much longer.
Well my Dearest, I have to go, so will send my truest love with the card I got and hope it’s the last one I have to send you and will be able to hand you the next 60 (in person). Yes, I love you Darling, more and more all the time. And the children.
Good night my love and Happy Anniversary to you, sweet heart.  All my Love & Kisses:
Xxxxxxxxxxxxxxxxxxxxxxxxxxxxxxxxxxxxxxxxxxxxxxxxxxxxxxxxxx    Harold 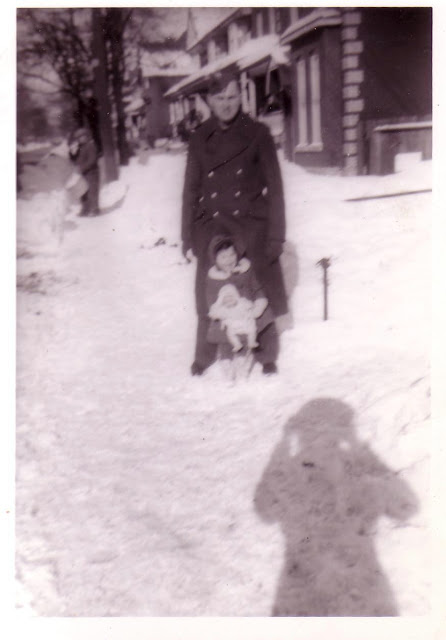 One month later, right to the day, the instrument of surrender was signed at Rheims, France with the following day, being declared V-E Day.  (Victory in )
I can only imagine the emotion that both my parents felt.  I have a thousand questions for my Mother that will forever remain unanswered. I didn't have the questions until we found the letters and it became real. It was when I heard the voice of the words that I finally pictured them as a young couple, and began to understand the scope and depth of that time in history.


I  wonder if my mother ever regretted destroying those letters. I suspect as she aged, that they would not have seemed as much personal or embarrassing, as loving and wonderful; a testament to their youth, their love and the difficult time that they endured.
We are charged to REMEMBER. We can do that better when, along with the facts, we are given the faces and the souls.  It is when the human stories make their way into our hearts that we remember and understand best. 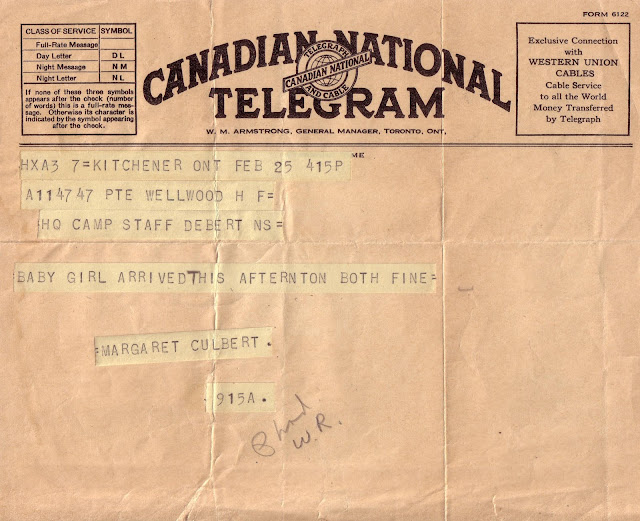 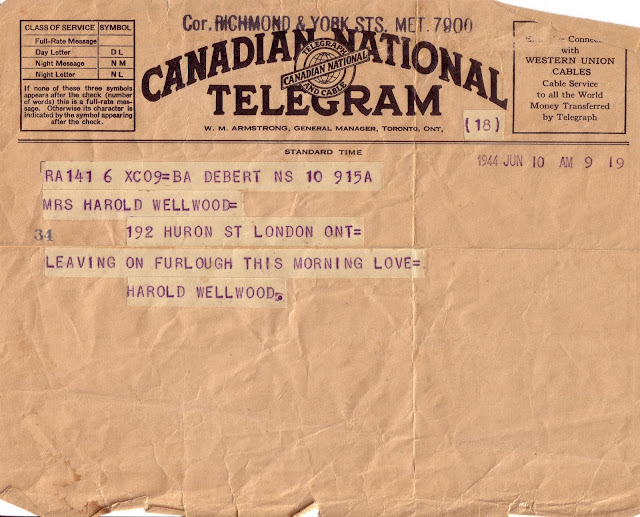 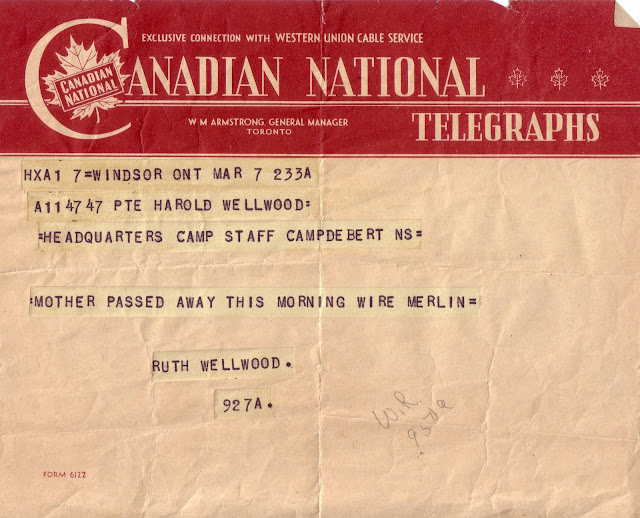 I totally understand your mom wanting to keep them personal, but I'd be right there with you trying to snatch a few!

My 90 year old friend, Ruth, got rid of her husband's letters years ago with the same line of thought as your mother's. They were personal, and what was the point on keeping them? Her husband died a long time ago. I don't think I'd ever be able to get rid of my husband's letters. MY letters yes, but not his!

I agree totally, Jill. I have every single thing that my husband ever wrote to me - all three sentences. lol Does your friend regret doing that?

BTW ...I didn't snatch them at the time - wish I would have thought of that ... they were in something when we cleaned the house out - just luck.