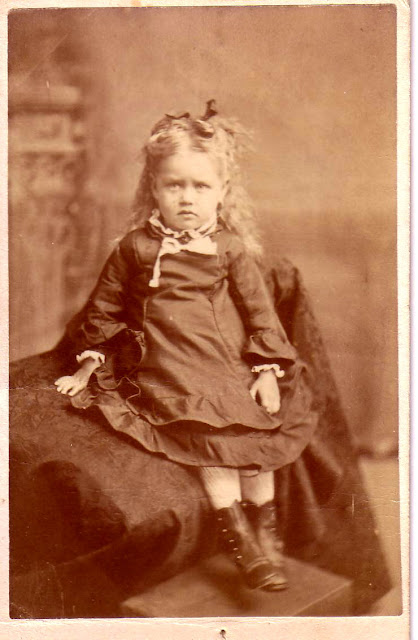 One hundred and ten years ago today, Margaret Annie Green was born.  She was known as Maggie Annie and grew to be an adorable child with long blonde wavy hair. At nineteen she married Frederick Scott and had four children – two boys and two girls. Both daughters are living. One son died at birth and was basically never spoken of again.  No one is really sure where he is located in the cemetery, although we do believe that he is there somewhere. We don't even know his name. That always struck me as odd. The other son passed away sixteen years ago. He was Brian’s Dad.
There is quite a residual of Grandma Scott’s life in this house, starting with her childhood. I have her baby dish and spoon; her little handmade wooden kiddie car, a tiny dress, her photograph at four years old and a book given to her when she was 8 years old.  I have her wedding picture, the wooden clothes basket from when she was a new bride and a crotched night cap. I have the big old console radio and a baby quilt that she appliqued with Brian’s Mom and took to the county fair. 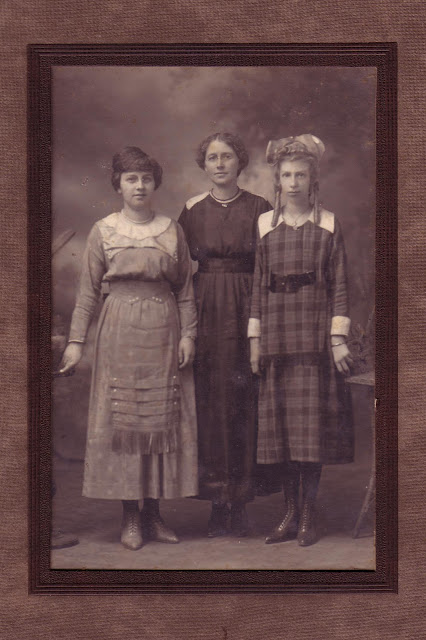 And I have memories.
I was so happy to marry into having a Grandma. A Real Grandma. She was my vision of what I thought a grandmother should be. She was the one in the Dick and Jane books and all the elementary school readers: white hair and glasses, short and round; someone who does huge amounts of baking and slowly shuffles around in a flowered dress.  My own grandmother was none of the above. She was a pistol who dyed her hair red, smoked and drank and partied. She was wiry and quick, and had no fondness for children until we were old enough to drive her around.  Grandma Scott taught me how to make rhubarb custard pie, the one and only recipe that I would ever use. My grandmother taught me how to raise your middle knuckle up when you make a fist and punch someone, so it sticks out and hurts more. 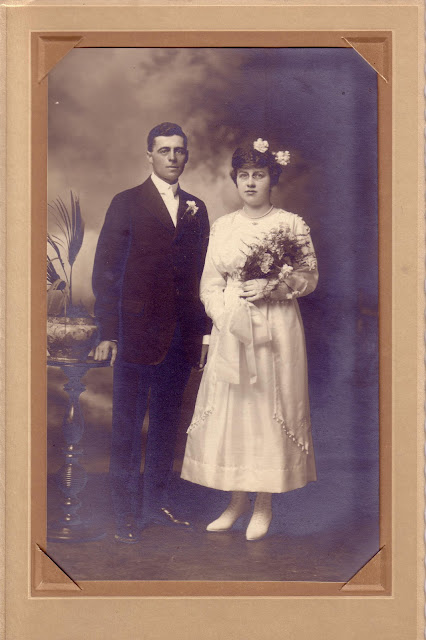 I was very happy to get a storybook grandmother. I vividly recall thirty years ago today - her 80th birthday when I took her a cake and had lunch with her. She sighed and said, “I do hope that I don’t live to be too old.” I was 27 years old and thought that was such a bizarre thing to say.  I asked her, 'How old is TOO old??’  She said simply: “You know when it’s too old.”  I've learned that it is a very individual thing all related to the quality of life. On her 96th birthday, I sat beside her bed, holding her hand. She didn’t know me, didn’t know herself, didn’t know where she was or what day it.  “Yes, Grandma.”,  I said to the shell of a woman laying in bed: “I understand now what is ‘too old’.”


She died on Valentine's Day at 97.
Sad thing about Maggie Annie though, is that she had sort of given up on living long before that. Life as I would like to have it anyway.  It’s not the fact that she wasn’t as vibrant and active as Aunt Ruth; very few are, and living vivaciously and enthusiastically wasn’t her personality at any stage. That’s okay, she had done it her own way.  It seemed to me though, that she wasn’t using her days for anything other than ‘waiting to die’. She actually said that to me on numerous occasions. She sat by her window, hour after hour, day after day – “I’m just sitting here waiting to die”, she said.  She waited for almost twenty years. 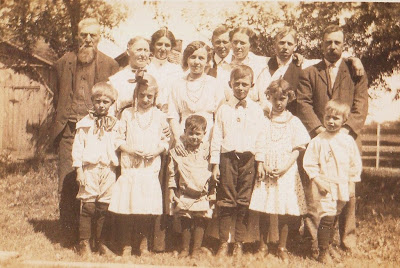 When she was in her early 80’s, her cousin passed away and left her a substantial amount of money. “That was really thoughtful and such a nice surprise.” I commented. “Hmmph.”, she grumbled: “What good will it do me?  The only thing I need is a winter coat and I won’t live long enough to wear it out, so why should I bother.” She didn’t buy the coat, or spend a single cent of the money.  How enriching it could have been, when she didn’t want or need it herself, to have the power to direct it to some of the people and places where it could have made a difference. 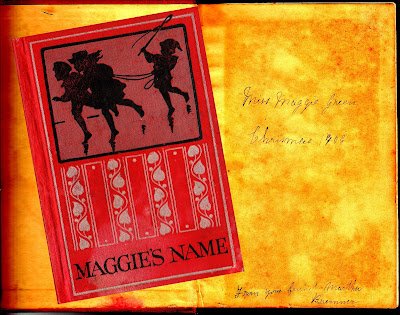 Everyone who comes into our lives and stays in our head or heart, leaves a lesson, a legacy. I watch and learn. I have learned and kept some stuff from Maggie Annie Green besides how to make rhubarb custard pie.
Posted by EvScott at 5:11 AM

What a wonderful and touching tribute to a beautiful lady. Wise beyond her years, eh?

I remember when my Grandma, Marie, was slowing going down the journey of her rested fate. She had told my mom, her daughter, that Cobourn, her husband, was coming to get her on his birthday, Dec.22. They she lay in the infirmary. She woke once to say to my cousin sitting beside her, 'what, i'm not dead yet"..almost like a sense of disappointment and humour right along side. :)

She did pass away, on my grandpa's birthday, like she said she would. My grandpa passed in 1981. She passed away in 2004. Good 'ole granny. Another wise lady beyond her years!

Reading the comparisons of your 'Grandmas' I had to laugh out loud, yet at the end of the tale I had tears in my eyes....the other kind.
What a wonderful, touching, instructional, sad story. When your first book comes out, I will be at the head of the line. Can't wait.

Melissa ... isn't that something that she did indeed pass away on the day that she expected. Incredible.