And Yet Another Milestone 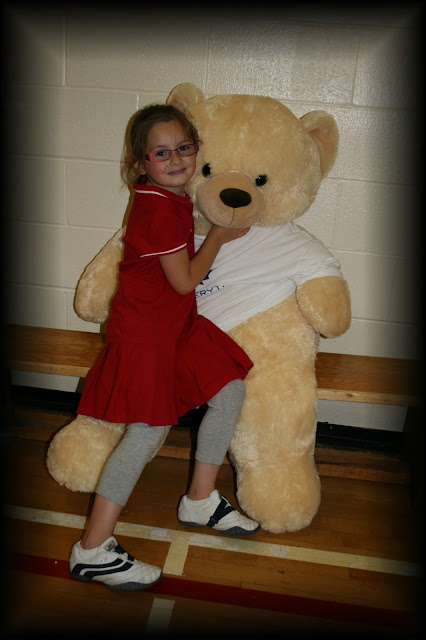 How is it that these babes grow up so fast?


Our own were grown and gone in the blink of an eye, and it's not slowing down with this next generation.

Lauren graduated from Kindergarten, now it's on to full days, every day - which makes her perfectly happy. She likes school and is very good at it.
I had to laugh - she's quite an independent little soul.  She chose the gigantic bear her Aunt Alyssa gave her to the graduationTeddy Bear Picnic. Jae was informed as she carried the big honkin' thing in, that the instructions had been: 'no big bears' ... it was a safety/tripping thing.  Fortunately they didn't banish Beary. They put her at the end and someone helped her carry him up the stairs. As it turned out, he was the perfect lounger for Spencer. 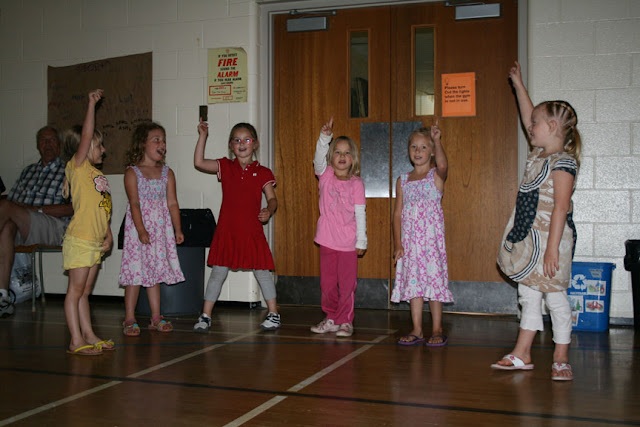 It is so wonderful to witness the unabashed joy and confidence of six year olds. The Junior and Senior Kindergarten classes performed an upbeat, happy song about Jesus. They had their hearts and voices right into it. During the slide show, the song came on again and Lauren and a few of her friends got up, not caring one bit that there was a room full of people looking at them, and started singing and dancing to the song. It was remarkable - within seconds, children were coming from all over the gymnasium to join in the impromptu performance. 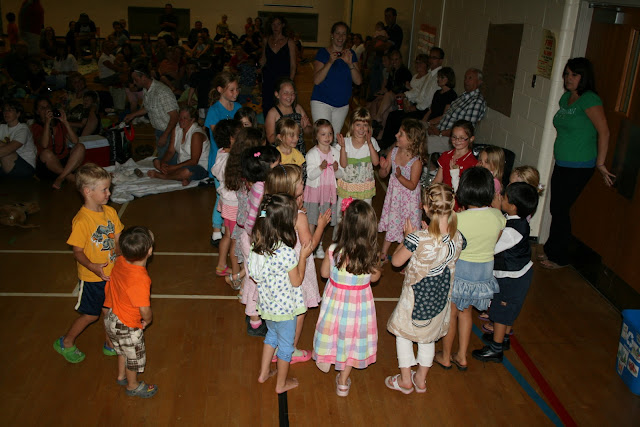 Oh, if they were only to keep that enthusiasm, spontaneity and freedom. But you know they won't. Probably within a year, they'll be second guessing whether they should or shouldn't; they'll be checking for adult approval; they'll be looking around to see if anyone else is going to do it; they'll be worried about looking silly or people judging them.  It's a shame.
We could all use more of the heart of a six year old. 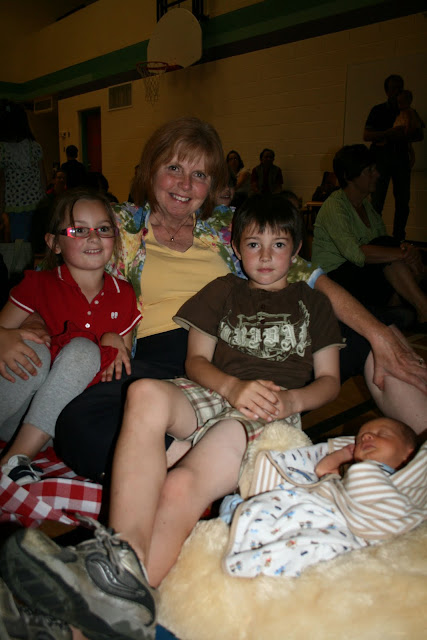 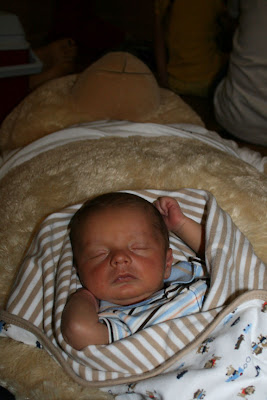 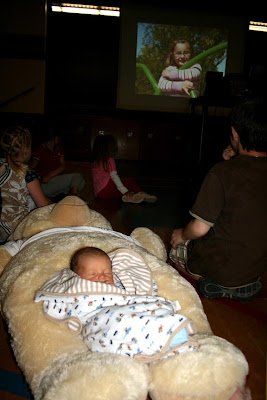 Spencer was real glad that Lauren brought Beary.  While I was snapping the photo, Lauren just happened to come up on the slide show.
Posted by EvScott at 5:40 AM

That is so cool!You couldn't have planned that if you tried!

EXACTLY! I was busy snapping pics and Jae said 'You missed Lauren'. Turns out I didn't:)'